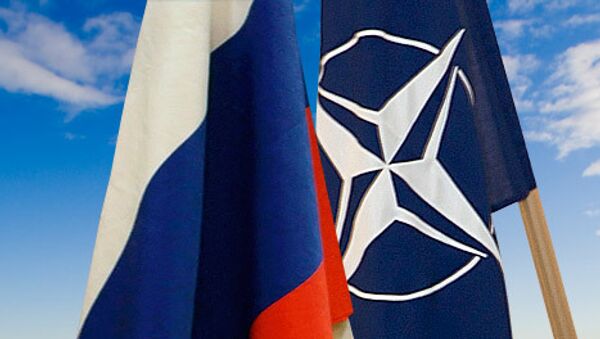 This is the first foreign minister level meeting since NATO suspended contact with Russia after last year's Caucasian conflict. Russia did not mind the pause, considering that previous council discussions were not particularly practical. Even now they tend to be sluggish although the fiery Rogozin does his best to heat up the proceedings.

The current meeting was almost stillborn because Rogozin demanded that the council discuss a draft of the new treaty on Euro-Atlantic security, which has already been dubbed in the West as the Medvedev project, and even to produce a document based on the discussion.

NATO believes that some of the draft's provisions are aimed at clipping its wings or even encroaching on its very existence. Although President Medvedev said during his visit to Italy that this is far from being the case, some of the said provisions could be interpreted in this way, which is always possible with any broad treaty on a new European security architecture.

The draft should first be analyzed by the foreign ministries and capitals of the countries involved. It is too early to discuss anything at this meeting. The Russian delegation started talking about a possible failure of the first Russia-NATO ministerial meeting.

In a bid to stop Rogozin's offensive, Canada's envoy announced on NATO's behalf that if Russia continued to insist on discussing the draft, Ottawa would block the adoption of any related documents at the council's meeting. The United States and the European countries were simply not comfortable with setting this demarche.

Good news came from Athens where Foreign Minister Sergei Lavrov met with his OSCE counterparts. Surprised to hear questions from journalists about the meeting, he said that to his knowledge it will take place as scheduled. NATO Secretary-General Anders Rasmussen confirmed this on the same day.

In general Rogozin is right. The council was established in May 2002 to discuss many issues, including confidence- and security-building measures in the Euro-Atlantic region. Until recently Russia's communication with NATO has not been very good. Mostly, the parties simply informed each other about their opinions. Very little practical work has been done. So, there is nothing wrong in Russia telling NATO what it thinks about European security.

Moreover, Russia can expect a fundamental change in NATO's stance after the Caucasian pause now that President Barack Obama has announced his decision to increase the number of U.S. troops in Afghanistan by 34,000.

At today's meeting the Europeans promised to add 5,000 troops to this number. After the announced increases the U.S. contingent will be almost 100,000-strong. The contingent of NATO and countries which are not part of the alliance (42 countries, including Georgia and Kazakhstan, have combat and non-military units) will grow from 38,000 to about 43,000. Counting the Afghan army and police, the anti-Taliban front will have about 300,000 troops. This is ten times the Taliban's tentative strength.

This force has to be supplied, and it is easier to do this through Russia, which is interested in allowing NATO and the United States to use its southern corridor because the coalition's military presence is restraining the activities of militants at Russia's southern borders.

Every year, the United States alone saves about $180 million by using this channel to supply its troops in Afghanistan with ammunition, food and medicine and to transfer troops and equipment. When it increases its contingent, it will be saving over $200 million per year.

Russia was not happy to open its territory to the coalition last year because this automatically turned it into a target of Islamic extremists. For this reason, it has the right to demand from NATO at least political "reciprocity" and at least some semblance of real partnership. For the time being, NATO seems willing to revive its partnership with Russia on a limited basis and with the only goal of facilitating efforts in Afghanistan.