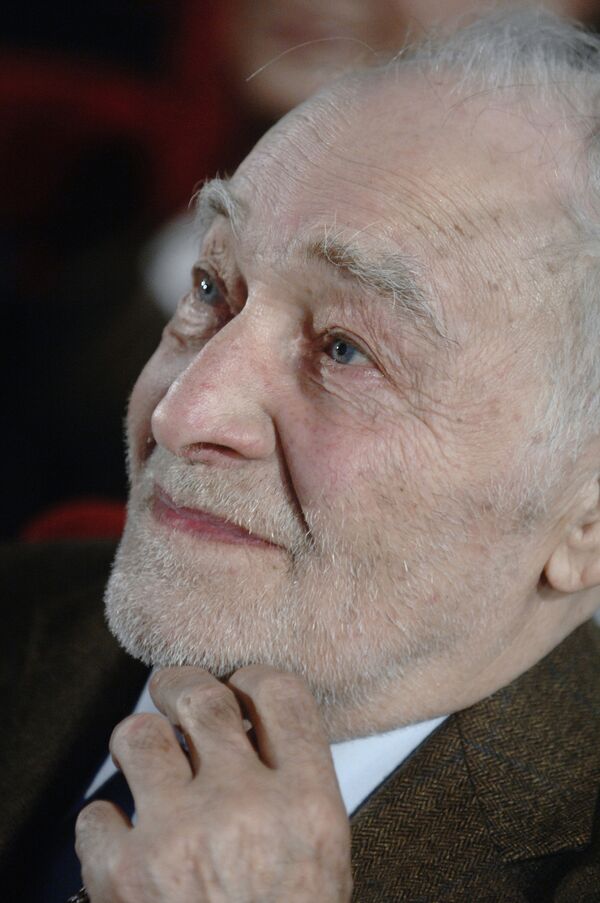 Actor Vyacheslav Tikhonov, star of the legendary Soviet-era Seventeen Moments of Spring spy serial, died on Friday in Moscow at the age of 81.

Actor Vyacheslav Tikhonov, star of the legendary Soviet-era Seventeen Moments of Spring spy serial, died on Friday in Moscow at the age of 81.

The actor was hospitalized on Saturday amid media reports that he had suffered a heart attack. The exact cause of death has not yet been made public.

Tikhonov was born near Moscow in the town of Pavlovsky Posad on February 8, 1928. After employment as a metal worker, he began his acting career in 1945.

His most famous role came in 1973, when he played Soviet spy Standartenfuhrer Stirlitz in the immensely popular World War II television serial, Seventeen Moments of Spring. The title refers to the seventeen days before the final capitulation of Nazi Germany and centers around attempts by the Soviet Union's man in Germany to thwart secret peace talks between the Nazis and the U.S. and Britain.

Tikhonov also played Prince Andrey Nikolayevich Bolkonsky in the 1967 adaption of Leo Tolstoy's War and Peace. The film was awarded an Oscar in 1968 for Best Foreign Language Film.

Russian President Dmitry Medvedev has expressed his condolences to the actor's family.

Tikhonov, who looks set to be buried in Moscow's prestigious Novodevichy Cemetery, was also praised by Russia's real-life spies, the Foreign Intelligence Service, who also issued a statement of condolence.

"We want to pass on our most sincere condolences to Tikhonov's family and all those people close to him," a spokesman said.