Russia to move all arms depots from towns after fatal blasts 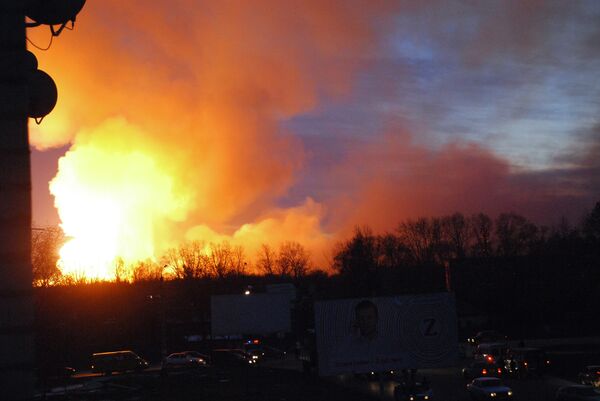 © RIA Novosti . Natalya Melnik
/
Go to the photo bank
Subscribe
All military arms depots and other hazardous installations in Russia will be eventually removed from population centers, the Defense Ministry said on Friday.

All military arms depots and other hazardous installations in Russia will be eventually removed from population centers, the Defense Ministry said on Friday.

The announcement follows the deaths last month of 10 servicemen in two separate accidents with munitions stocks at a naval depot in Ulyanovsk.

The ministry said a new federal program would be developed to improve the safe storage of missiles, ammunition and explosives with a tentative time frame of 2012-16.

Dozens were injured in explosions on November 13 and 23 at the Arsenal 31 arms depot, which belongs to the Russian Caspian Sea Flotilla, and shockwaves from the explosions smashed windows in nine schools and 20 kindergartens.

About 3,000 local residents were temporarily evacuated from the area and the depot, based in the Volga region city since 1941, is now to be closed by the end of next year.

A regional spokesman said on Tuesday that closing the base was not simply a question of removing the ammunition from the depot, but also relocating personnel and providing them with new housing.

Russian President Dmitry Medvedev dismissed a number of high-ranking officers after the incidents.

The November 13 explosions, which killed two naval personnel, are believed to have occurred while ammunition was being dismantled at the depot.

The November 23 explosion occurred when ammunition was being loaded into a truck. Eight servicemen were killed in the incident.