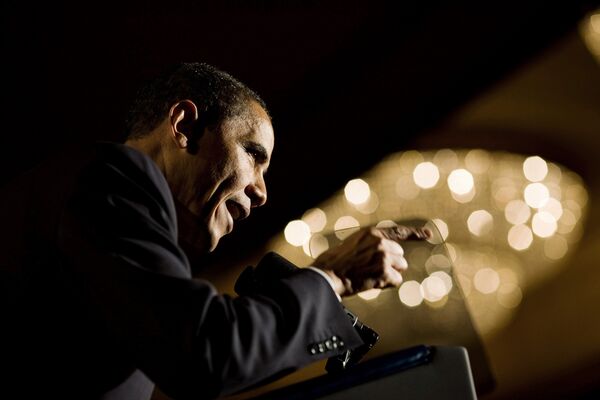 An Afghan lawmaker has criticized U.S. President Barack Obama's new strategy on Afghanistan outlined in his address to the nation on Tuesday night.

An Afghan lawmaker has criticized U.S. President Barack Obama's new strategy on Afghanistan outlined in his address to the nation on Tuesday night.

"It is a very good strategy, but for Americans, not for us," lawmaker Sukria Barakzai said at a roundtable organized by the Afghan Tolo TV channel.

Obama said in his speech an additional 30,000 U.S. troops would be deployed to Afghanistan in the first part of 2010. However, the president said, the United States would start withdrawing its troops in 18 months.

"There is not one word in [Obama's strategy] concerning the protection of human rights or the development of democratic institutions in Afghanistan, Barakzai said. "Those countries (the U.S. and European states), which failed to assure peace and security in the Afghan territory despite having all the necessary military, economic, political and other levers, are now seeking to transfer their responsibility to Afghan security forces and the army."

Obama said the additional troops taken together would "allow us to accelerate handing over responsibility to Afghan forces, and allow us to begin the transfer of our forces out of Afghanistan in July of 2011."

Barakzai said Afghan security forces are "not ready for this."

"What is the sense for soldiers to undergo short-term, two- or three-month military training under the guidance of American instructors... if they are armed with very old Kalashnikov assault rifles," the lawmaker said.

Barakzai said she believes the U.S. should develop not an "up-to-the-minute," but a long-term strategy on Afghanistan, adding the strategy announced by Obama "creates a visible war threatening the Afghan people and government."

Parliamentarian Daoud Sultanzoy described Obama's new Afghan strategy as a "strategy of the withdrawal of U.S. troops from Afghanistan, moreover, an early withdrawal."

"We should be aware of the fact that there is nothing endless - neither help, nor friendship... and we have to rely only on ourselves," Sultanzoy said.

He said Obama should focus on the fight against corruption in Afghanistan while addressing the nation.

"Corruption in the Afghan top echelons of power is the main obstacle for... economic development and security," Sultanzoy said.

However, according to local media reports, Afghan top officials representing the country's defense, interior and foreign ministries have a positive view of Obama's new plan and hope it would help strengthen the Afghan army and national security forces.