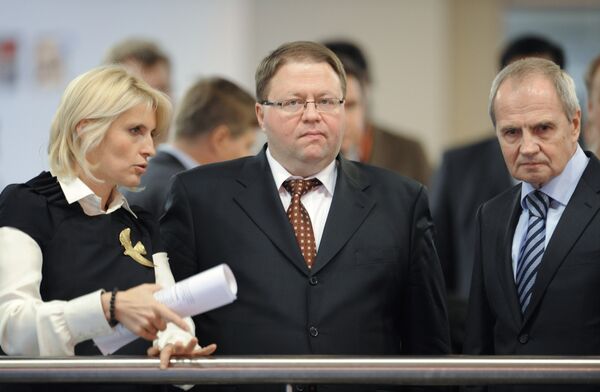 The Russian Agency of Legal and Court Information (RAPSI) is a project established by the Constitutional, Supreme and Higher Arbitration Courts of Russia and RIA Novosti in February 2009 to provide prompt and objective coverage of the Russian judiciary and the legal system in general.

RAPSI "will give us an opportunity to rectify the judiciary's defects" and enable citizens "to better understand the activity of the courts," said Russia Supreme Court Chairman Vyacheslav Lebedev during at the project's presentation and news conference hosted by RIA Novosti.

He said it could "play a key role in making the courts really open."

Anton Ivanov, chairman of the Higher Arbitration Court, suggested that RAPSI would have its own "niche on the media market."

RIA Novosti Editor-in-Chief Svetlana Mironyuk said the project was a product and forerunner to a new media law that is to kick in on July 1, 2010.

Under the law, summaries of court proceedings, including rulings, verdicts and sentences, are to be posted in the public domain on the Internet.

"The mass-audience niche has been left vacant, so now, through this project, we are working to fill this niche," Mironyuk said.

She added that the project targeted the younger generation, people under 35, and was crucial for improving the image of the Russian judiciary.