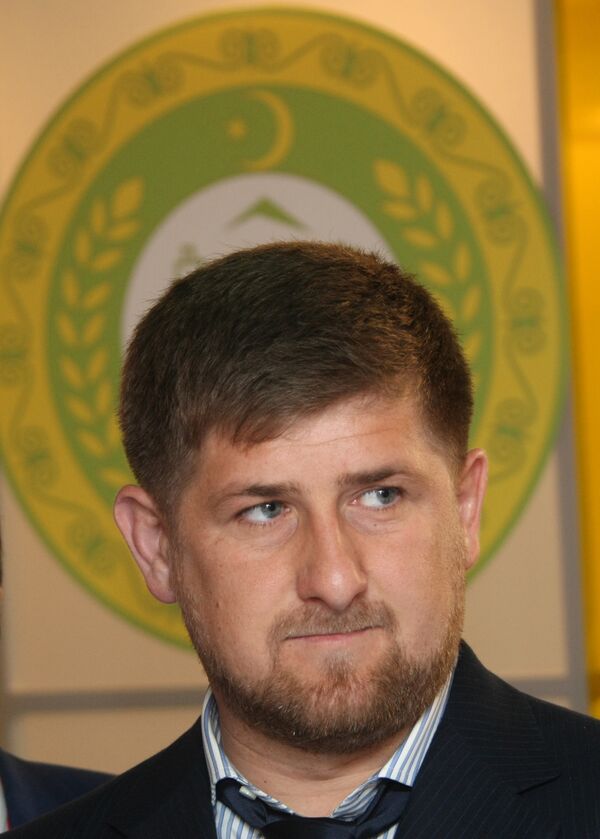 © RIA Novosti . Iliya Pitalev
/
Go to the photo bank
Subscribe
Chechen President Ramzan Kadyrov is doubtful that a bomb attack, which derailed a Russian express train last week killing 26 people and injuring over 90, was carried out on orders from a wanted terrorist, Doka Umarov.

Chechen President Ramzan Kadyrov is doubtful that a bomb attack, which derailed a Russian express train last week killing 26 people and injuring over 90, was carried out on orders from a wanted terrorist, Doka Umarov.

The Kavkaz Center website published on Wednesday a letter from Islamist extremists, who claimed responsibility for the bombing, saying that the "operation" was prepared and carried out in line with orders from the Emir of the Caucasus, Doku Umarov.

"There is nothing new in the statements that the train was allegedly bombed on orders from Umarov. Several months ago they also claimed responsibility for the accident at the Sayano-Shushenskaya [Hydroelectric Power Plant]," Kadyrov said.

The August 17 disaster at the Sayano-Shushenskaya plant on Siberia's Yenisei River killed 75 people and destroyed a turbine hall. The accident also destroyed three hydropower units and damaged the other seven.

The high-speed Nevsky Express train derailed last Friday en route from Moscow to St. Petersburg after a bomb equivalent to 7 kg (15 lbs) of TNT detonated on the track. A second, weaker bomb exploded at the site on Saturday, and is believed to have targeted investigators.

"However, we must not exclude that by taking responsibility for this terrorist act, Umarov wants to raise his standing in the eyes of his foreign backers as he has recently been cornered by the joint efforts of the FSB and other federal departments and his gang is suffering losses," Kadyrov said adding that perhaps Umarov and his supporters want to put the investigators on the wrong track.

Chechen warlord Doku Umarov, as well as former Russian soldier Pavel Kosolapov, are wanted in Russia over a 2007 bombing on the same train line.

Kadyrov also said that Umarov has nothing to do with Chechen people and will be eventually arrested and brought to justice.

"Umarov is an international terrorist, a procreation of foreign special services and has nothing in common with the Chechen people. We will get him no matter where he is," Kadyrov said adding that "for us [Chechens], as well as for all Russians, for me personally, he is enemy number one."

Umarov is the self-proclaimed leader of the North Caucasus, or the "Caucasus emirate."