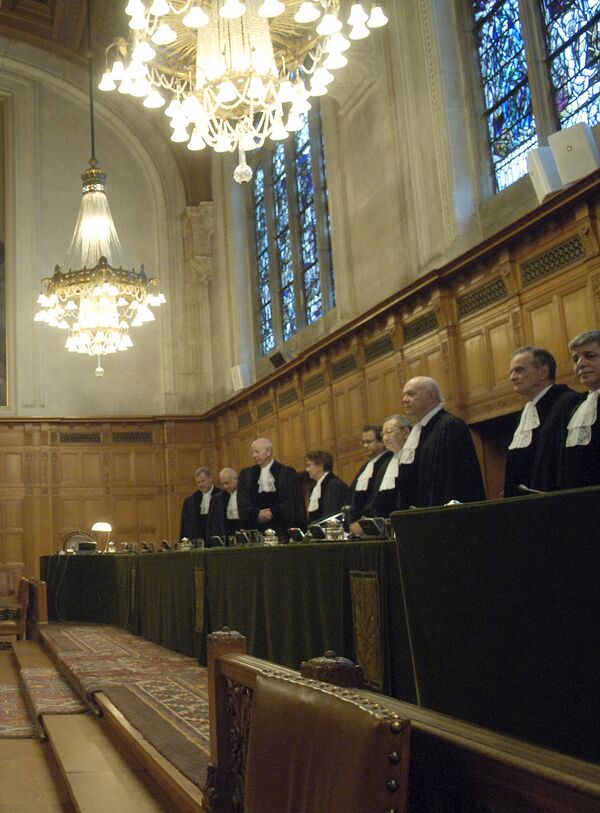 © RIA Novosti . Sergey Guneev
Subscribe
The International Court of Justice opened on Tuesday hearings on the legitimacy of Kosovo's unilateral declaration of independence from Serbia.

The International Court of Justice opened on Tuesday hearings on the legitimacy of Kosovo's unilateral declaration of independence from Serbia.

Serbia brought a case to The Hague for an advisory opinion on whether "the unilateral declaration of independence by the Provisional Institutions of Self-Government of Kosovo" is "in accordance with international law."

More than 60 countries, including major Western powers, have recognized the independence of Serbia's ethnic-Albanian-dominated province, which was declared in February 2008. The rest of the world, including Russia, China, India and several European Union countries, considers Kosovo to be part of Serbia.

The hearings will run until December 11 and will involve the five permanent Security Council members - Russia and China on Serbia's side and the United States, Britain and France supporting Kosovo. Other countries have filed written statements on the case.

Kosovo is "the historical cradle of Serbia and constitutes one of the essential pillars of its identity," he said.

In August 2008, Russia recognized Georgia's breakaway republics Abkhazia and South Ossetia following a brief war with the ex-Soviet Caucasus state triggered by its offensive against Ossetia. The move was seen by many as influenced by Western nations' recognition of Kosovo.