U.S. to build up troop numbers in Afghanistan - source 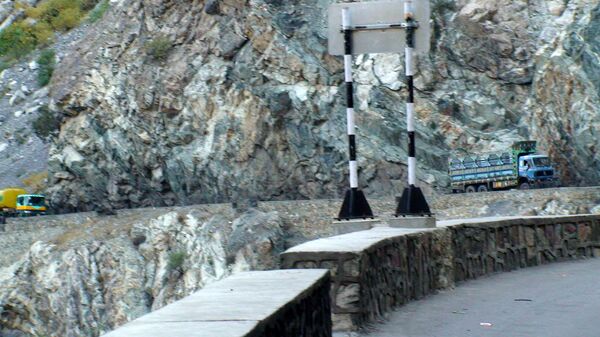 © RIA Novosti . Andrey Greshnov
Subscribe
The United States could add up 34,000 soldiers to its contingent in Afghanistan, a source close to NATO's headquarters in Brussels said on Tuesday.

The United States could add up 34,000 soldiers to its contingent in Afghanistan, a source close to NATO's headquarters in Brussels said on Tuesday.

After several months of consideration, U.S. President Barack Obama is expected to announce an Afghan troop buildup later on Tuesday. The other 42 troop-contributing nations will reportedly be recommended to deploy an extra 5,000 soldiers there.

According to Western media, U.S. General Stanley McChrystal, commander of the NATO-led International Security Assistance Force (ISAF), had requested that the international military contingent in the troubled Islamic republic be increased by another 40,000 soldiers.

The ISAF and a separate U.S.-led coalition, called Operation Enduring Freedom, have an aggregate 112,000 troops in Afghanistan. The U.S., which has so far contributed the largest number of troops, has about 70,000 troops there.

A Russian expert for Arab studies at the Institute of Strategic Studies and Analysis said Washington could be seeking to repeat the Iraqi scenario in Afghanistan.

"[George W.] Bush's latest plan in 2007 was to increase the U.S. contingent in Iraq to 160,000 troops, after which Iraq somewhat started to calm down. But the situation in Iraq is quite different," Sergei Demidenko said.

"Iraq calmed down not because a buildup was started there, but because all major political and economic forces in Iraq had divided spheres of influence [by 2007]," Demidenko said.