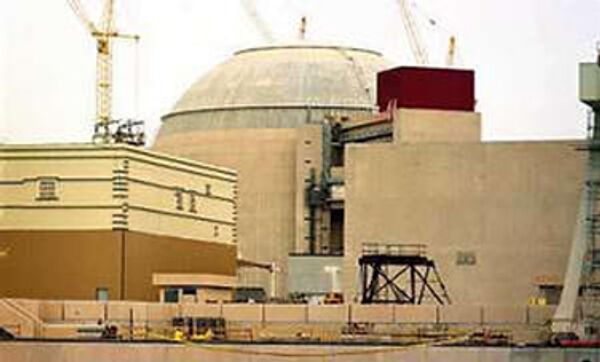 © www.iranatom.ru
Subscribe
Tensions between Tehran and the UN nuclear watchdog over Iran's nuclear program will not affect the construction of the Islamic Republic's first nuclear power plant, a Russian senator said on Tuesday.

Tensions between Tehran and the UN nuclear watchdog over Iran's nuclear program will not affect the construction of the Islamic Republic's first nuclear power plant, a Russian senator said on Tuesday.

"The Bushehr nuclear power plant is a typical example of the use of the 'peaceful atom.' Moreover, all tests at the plant are performed in accordance with all the requirements of the IAEA [International Atomic Energy Agency]," said Mikhail Margelov, chairman of the Federation Council's international affairs committee.

The construction of Iran's first nuclear power plant was started in the country's south in 1975 by German companies. However, the firms stopped work after a U.S. embargo was imposed on high-technology supplies to Iran following the 1979 Islamic Revolution and the subsequent U.S. Embassy siege in Tehran.

Margelov pointed to a statement made by Russian Energy Minister Sergei Shmatko on Monday who said that the construction of the Bushehr facility was proceeding according to plan and the plant would go online in 2010 as scheduled.

The commissioning of the Bushehr plant will put an end to speculations about the plant's unpreparedness and delays in its launch, Margelov said.

"The construction of the Bushehr NPP indicates a high level of cooperation between Russia and Iran, a fact that would hardly please the current and potential competitors on the nuclear energy market," Margelov said.