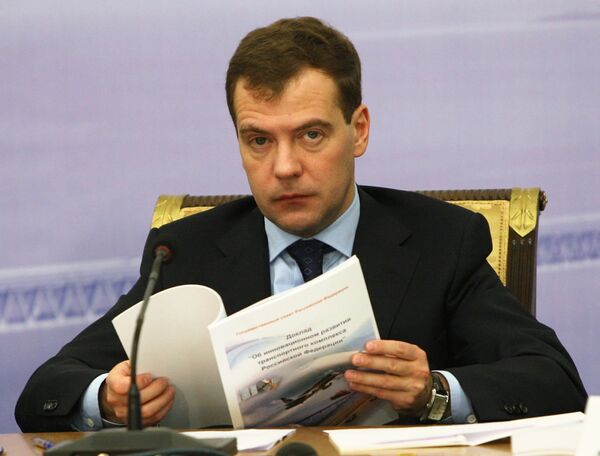 President Dmitry Medvedev pledged on Tuesday that Moscow would assist Russians abroad and protect their rights.

President Dmitry Medvedev pledged on Tuesday that Moscow would assist Russians abroad and protect their rights.

"The establishment of a foundation for assistance and rights protection for compatriots living abroad is currently being considered," Medvedev told a Congress of Russian compatriots in Moscow.

He said protecting the rights and interests of ethnic Russians abroad was a priority.

"This does not mean we are capable of totally influencing all those processes taking place, but most importantly violations of [compatriots'] rights should not be left unattended in Russia," he said.

Medvedev warned that this would create tensions for nations violating international law.

"Our plans also include the development of a network of Russian science and culture foundations," Medvedev said.