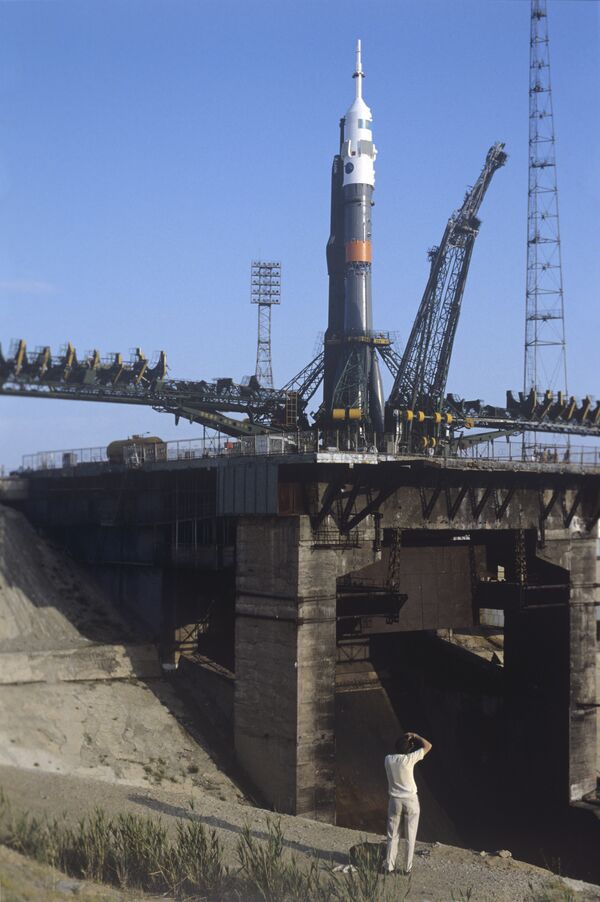 Due to thick cloud cover, the landing support team was not able to see the capsule until shortly before it touched down. The team travelled to the landing site from the nearby city of Arkalyk to extract the Expedition 21 crew from the module.

The astronauts, who spent 188 days in space, entered the Earth's atmosphere at 10.01 Moscow time [7:01 GMT]. They will be flown by helicopter to the Baikonur space center, and are expected to arrive in Moscow at around 16:00 local time (13:00 GMT).

The three astronauts will be taken to the Gagarin Cosmonaut Training Center in Star City near Moscow on Tuesday to be reunited with their families, and to start reorientation to a gravity environment, after spending more than half a year away from Earth.

NASA astronaut Jeffrey Williams and Russia's Maxim Surayev will work together on the ISS as members of the Expedition 22, until they are joined by Oleg Kotov, Soichi Noguchi and T.J. Creamer, who are scheduled to launch from Baikonur on board a Soyuz TMA-17 spacecraft on December 21.