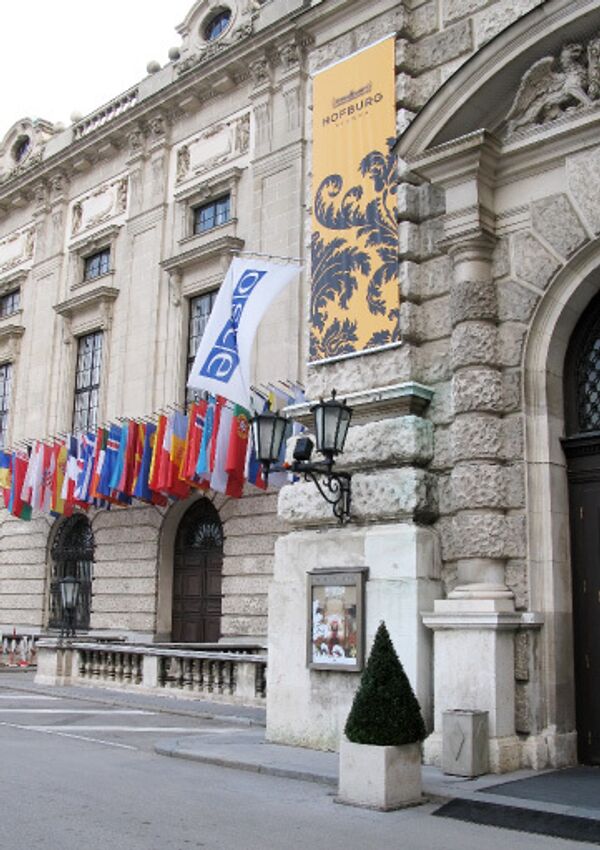 Medvedev put forward the initiative to work out a treaty on European security in June 2008, proposing that the principle of indivisible security be legally sealed in international law, preventing any state or organization from strengthening their security at the expense of others.

"In exercising its right of self-defense under Article 51 of the Charter of the United Nations, it shall be entitled to render the attacked Party, subject to its consent, the necessary assistance, including the military one, until the UN Security Council has taken measures necessary to maintain international peace and security.

"Information on measures taken by Parties to the Treaty in exercise of their right of self-defense shall be immediately reported to the UN Security Council," the draft also says.

The UN Charter's Article 51 that Russia's pact refers to says: "Nothing in the present Charter shall impair the inherent right of individual or collective self-defense if an armed attack occurs against a Member of the United Nations, until the Security Council has taken measures necessary to maintain international peace and security."

A Greek deputy foreign minister said on Monday that Greece, the current chair of the Organization for Security and Cooperation in Europe, supports further discussions on the European security pact proposed by Russia's president.

At an informal meeting in June this year, the 56 OSCE member states’ foreign ministers agreed to start a discussion on fundamental security issues. The discussions were named the Corfu Process after the Greek island that hosted the meeting.

Russian Foreign Minister Sergei Lavrov will attend the meeting of foreign ministers and top representatives from the OSCE member states in Athens.

Nikolai Bordyuzha, the secretary general of the Collective Security Treaty Organization (CSTO), will also attend the meeting of the Ministerial Council, which is the OSCE’s key decision-making and governing body gathering annually.

Russia's security strategy until 2020 approved by Medvedev envisions the CSTO as "a key mechanism to counter regional military challenges and threats."