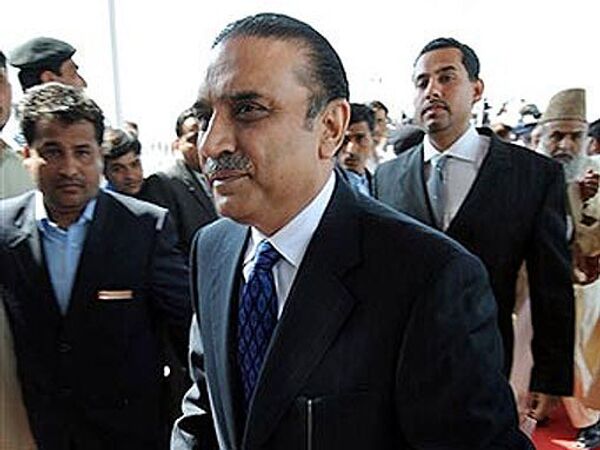 The prime minister will now chair the National Command Authority, which controls all aspects of the country's nuclear arsenal. The Authority includes ministers for foreign affairs, defense, finance and interior, the chairman of the Joint Chiefs of Staff Committee, chief of army staff, chief of naval staff and chief of air staff.

Zardari also said that the constitutional amendment, which allows the President to dismiss the prime minister and dissolve the parliament, will also be abolished by December.

The move is seen as an attempt to ease domestic political pressure as an amnesty protecting over 8,000 officials from legal persecution expired on Saturday.

Though Zardari is still protected from prosecution as president, his political opponents may now challenge his eligibility for the post in the Supreme Court of Pakistan.