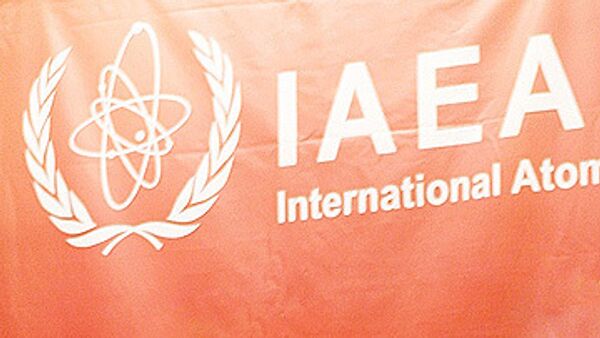 The resolution urges Iran to prove the absence of more undeclared nuclear facilities, to put the second uranium enrichment center on hold, and give the IAEA access to full information on its nuclear activities.

Of the 35-member IAEA Board of Governors, 25 countries voted for the resolution. Venezuela, Malaysia, and Cuba voted against, and six abstained. Azerbaijan missed the ballot.

The resolution was endorsed by Germany, Britain, China, France, Russia and the United States, the six nations involved in long-running nuclear negotiations with Iran.

The Islamic Republic's ambassador to Russia, Mahmoud Reza Sajadi, said the adoption of the resolution would damage his country's contacts with the UN nuclear watchdog.

"As long as international organizations, involved in negotiations over Iran's nuclear program, are under influence and pressure from Western states, as long as they apply double standards while resolving the Iranian nuclear issue, we will be unable to reach a common position," Sajadi said.

He reiterated that his country would cut cooperation with IAEA if the resolution was adopted.

"We [Iran] have spent years to create an atmosphere of trust [in order] to carry out our peaceful nuclear program, now the West should show its determination to resolve Iran's nuclear issue through a positive solution," the diplomat said.

Director General Mohammed ElBaradei told the IAEA board of governors on Thursday that his inquiry into allegations that Iran is seeking to build nuclear weapons had reached "a dead end" as Tehran was not cooperating.

Tehran is already under three sets of UN sanctions for refusing to halt uranium enrichment. Iran insists it needs nuclear technology to generate electricity, claiming the right under the Nuclear Non-proliferation Treaty.

Russia and China have so far blocked UN Security Council votes on tougher sanctions against the country. However, at a meeting in Brussels last week they joined the other negotiators in voicing dismay at a lack of progress in the negotiations.