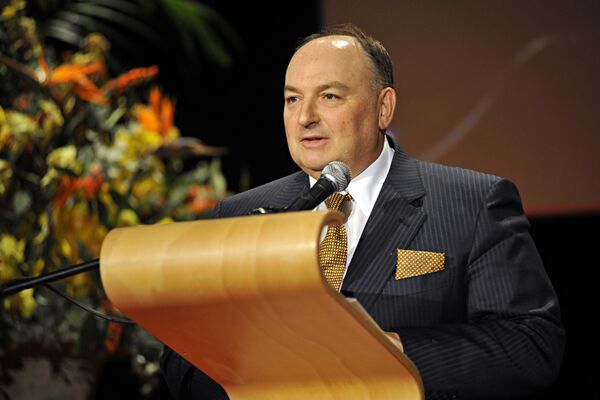 Any comparison between Nazi Germany and Stalin's Soviet Union is unacceptable, the head of the European Jewish Congress said on Thursday.

MOSCOW, November 26 (RIA Novosti) - Any comparison between Nazi Germany and Stalin's Soviet Union is unacceptable, the head of the European Jewish Congress said on Thursday.

"We are categorically against drawing parallels between Hitler's regime and Stalinism," Vyacheslav Moshe Kantor told a RIA Novosti news conference.

"We do not defend Stalinism, but we see a fundamental difference between those responsible for the Holocaust and those who ended it."

The Organisation for Security and Cooperation in Europe passed a Lithuanian resolution this summer that blamed both Stalinism and Nazism for the outbreak of World War II.

Kantor also asked Russian President Dmitry Medvedev to announce International Holocaust Day in Russia on January 27. The date marks the liberation of the Auschwitz concentration camp and is commemorated in many countries across the world.

The Moscow-born head of European Jews said the holiday should be renamed Day of the Soviet Army and Liberation of Auschwitz in honor of the Red Army troops who took part in the freeing of the death camp's inmates.