Why is Russia holding on to South Kurils? 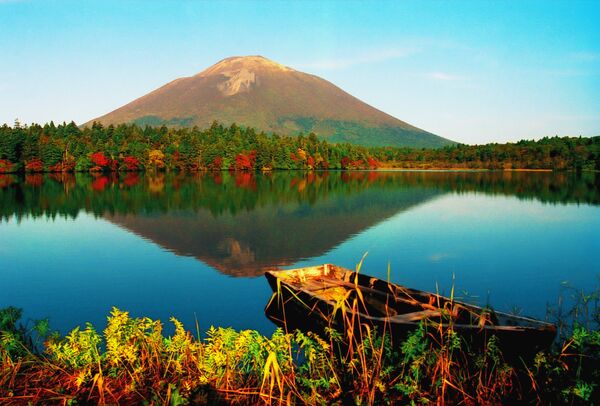 On October 17, Seiji Maehara, Japan's transport minister and state minister in charge of Okinawa and the Northern Territories, said Japan should continue its demands that Russia return the Kuril Islands and called their seizure an "illegal occupation."

"The Northern Territories" is Japan's term for the four South Kuril Islands - Kunashir, Iturup, Shikotan and Habomai - held by Russia.

The Russian Foreign Ministry immediately issued a note saying that Japan's position on the issue is unacceptable to Russia.

The South Kurils are a crucial economic asset because the seas around it are swarming with fish and other biological water resources, and Russia will never give up tens of thousands of square miles of its exclusive economic zone.

Also, it is a matter of national prestige to Russia, which received the islands as a winning country after World War II (1939-1945), which was a kind of revenge for losing the 1904-1905 War with Japan.

The islands are also crucial for Russia's defenses because their straits give Russia's Pacific Fleet access to the high seas. The Tsushima and Sangar straits are controlled by other countries, while the straits of the central and northern Kuril Islands, located farther north, are mostly underdeveloped.

If Japan takes over the South Kurils, Russia will lose the ability to control the entry of foreign surface ships and submarines into the Sea of Okhotsk, the combat service area of its Pacific Fleet's strategic submarines. This would give a potential enemy an opportunity to mount equipment to monitor Russian submarines and sink them in case of a military conflict.

The Kuril problem looks slightly like the problem of the Falkland Islands in the South Atlantic Ocean, which came to a head in 1982 when Argentina and Britain started a war over the disputed islands. Argentina has always used the Falklands and the fight over them as a trump card allowing to distract public attention from internal problems.

The current situation in Japan is fundamentally different from the situation in Argentina in the 1950s-1980s, although the South Kurils could theoretically be used to redirect public wrath to an external enemy.

The situation will persist until Russia modernizes and expands the military and economic infrastructure of its Pacific regions, which need new warships, bases, airfields, aircraft and other equipment. More than that, they need human resources, people who would live there permanently instead of going there to work in shifts.

Japan is building up its armed forces. Its conventional forces are now bigger and stronger than the Russian military group in the Far East, and Japan's air force, army and navy have considerably more cutting-edge weapons and equipment.

On the other hand, Russia has a group of almost invulnerable nuclear submarines and long-range aircraft in the Pacific area, which, together with nuclear weapons, reliably protect Russia's Far Eastern regions from potential attacks. However, their influence is not unlimited.

A military potential means nothing without a strong political will, and if Japan - or any other country - one day understands that Russia does not regard any of its territories as sufficiently valuable to fight for them, the result will be dramatic.

The problem of the South Kuril Islands could be made an issue of peaceful talks - for example, talks on cooperation in developing natural resources - if Russia says unequivocally that Japan can gain sovereignty over the islands only if its starts and wins a war against Russia.