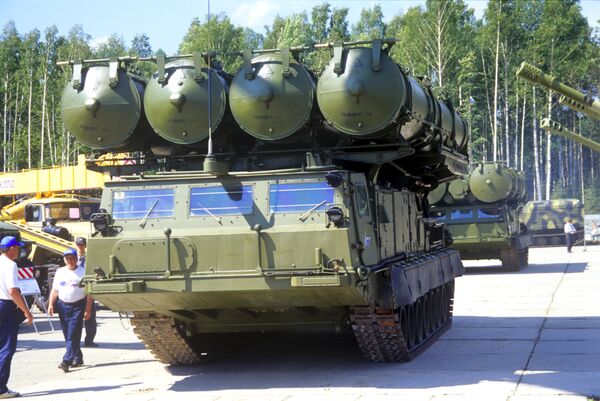 A Russian military expert questioned on Wednesday Tehran's claims that it could build its own S-300 surface-to-air missile systems.

A Russian military expert questioned on Wednesday Tehran's claims that it could build its own S-300 surface-to-air missile systems.

With the delivery of Russian-made S-300 systems to Iran long overdue, Tehran has said it is capable of producing clones in the near future.

Speaking to Mehr News Agency on November 14, Alaeddin Boroujerdi, head of Iran's parliamentary Foreign Policy and National Security Commission said "the Islamic Republic will be able to mass produce the system in the near future."

"Iran is unable to build these complexes due to its serious technological lag. Nor is it likely to acquire such capability in the next five years," he said.

He also said Iran was unable to copy S-300s.

"There are suspicions that China made [S-300s], but China has an altogether different resource base, and China has had S-300 systems delivered [from Russia] in the first place."

Yevseyev said Iran's air-defense system as a whole was obsolete while the S-300 was key to protecting the country's entire territory.

Iran said on Tuesday it still hoped Russia would fulfill its contract for the supply of S-300 systems.

Russia signed a contract with Iran on the supply of S-300 air defense systems in December 2005. However, there have been no official reports on the start of the contract's implementation.

A senior Iranian military official also said Tuesday Iran could sue Russia in an international court if Moscow refused to fulfill its commitments on the delivery of S-300s to Tehran.

Tehran suspects Moscow has refused so far to honor the S-300 contract due to pressure from Washington and Tel Aviv.

Both the U.S. and Israel have not ruled out military action if diplomacy fails to resolve the dispute over Iran's nuclear program and have expressed concern over S-300 deliveries, which would significantly strengthen Iran's air defenses.