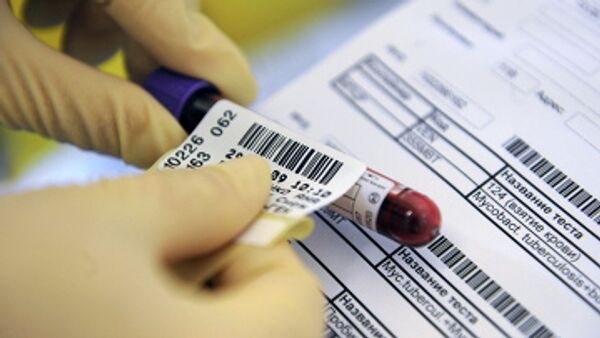 Over 1% of Russian residents are HIV-positive, according to a joint report by the UN Program on HIV/AIDS and the World Health Organization.

NEW YORK, November 24 (RIA Novosti) - Over 1% of Russian residents are HIV-positive, according to a joint report by the UN Program on HIV/AIDS and the World Health Organization.

Injecting drug use remains the primary transmission route in Russia and the region of Eastern Europe and Central Asia region on the whole. According to the report, about 37% of Russia's estimated 1.8 million drug users are HIV-infected. Young people account for a considerable number of infections among injecting drug users in the region.

"In a study involving street youth (aged 15-19) in St. Petersburg, 37.4% of the people surveyed were HIV-infected, with a positive HIV status strongly and independently associated with injecting drugs and sharing needles," the report, released on Tuesday, said.

According to the report, three countries in the region - Estonia, the Russian Federation and Ukraine have HIV prevalence that exceeds 1%, with Ukraine showing the most alarming infection rate of 1.6%.

The estimated number of people living with HIV in Eastern Europe and Central Asia rose to some 1.5 million, up 66% from 2001.

The report says about 33.4 million people are living with HIV worldwide. New HIV infections dropped 17% over the past eight years worldwide.