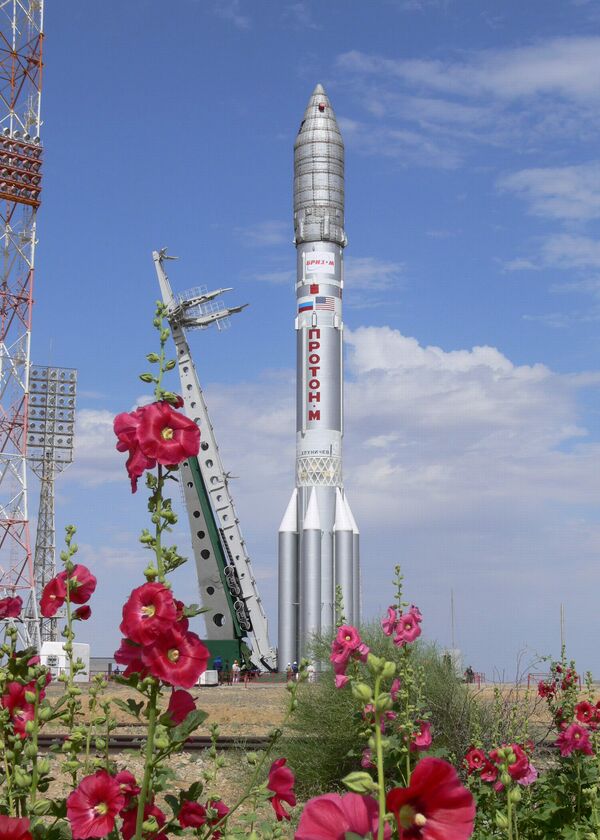 The launch was delayed over serious disagreements between Russia and Kazakhstan, which owns the Baikonur space center used by Russia under a long-term contract.

Kazakh space agency Kazcosmos on Monday accused its Russian counterpart, Roscosmos, of constantly changing launch plans. Roscosmos, however, said that it had submitted all necessary documents to its Kazakh partners on time.

The Russian-American joint venture International Launch Services (ILS) had signed a contract with the Eutelsat satellite operator to launch the Eutelsat W7 to upgrade its existing satellite grouping.

The launch is the Proton's eighth in 2009 and the 349th overall for Russia's famed carrier.

Eutelsat W7 was manufactured by Thales Alenia Space on a Spacebus 4000C4 platform.

It will provide digital broadcasting for customers in Europe, including Russia, as well as Africa, Central Asia and the Middle East.

Eutelsat W7 is designed to replace the SESAT 1 satellite, which has been in orbit since 2000.