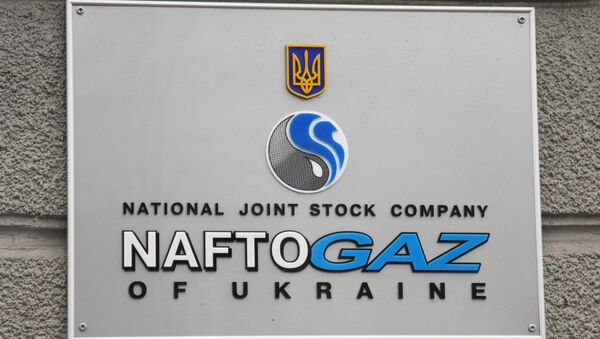 A delegation of Ukrainian state-owned oil and gas company Naftogaz will visit Moscow on Tuesday to hold talks with Russian energy giant Gazprom and sign documents excluding fines for Ukraine.

"Tomorrow we will sign documents that the actual volume of gas the country [Ukraine] consumed in 2009 is 25 billion [cu m], and an application for next year," Naftogaz CEO Oleh Dubyna said Monday.

Dubyna said the documents are an official confirmation on the part of Russia that it will not use sanctions on the "take or pay" clause in the gas supply contracts obligating buyers to pay for the entire contracted volumes.

Instead of 40 billion cubic meters of natural gas, Ukraine will buy less than 25 billion in 2009. The ex-Soviet state is liable to penalties for under-importing under a bilateral agreement with Gazprom if the shortfall exceeds 20%.

But Russia has said it will not fine Kiev for falling short of contracted purchase volumes due to the ex-Soviet state's difficult economic situation.

Russian Prime Minister Vladimir Putin, who met on November 19 in the Ukrainian city of Yalta with his counterpart Yulia Tymoshenko, reiterated that no sanctions will be used against Ukraine.

He also said the contract-stipulated amounts of gas to be purchased by Ukraine in 2010, or 52 billion cu m, will be adjusted. According to Naftogas estimates, Ukraine will be able to buy only some 30 billion cu m.

Russia, which supplies around one quarter of Europe's gas, briefly shut down supplies via Ukraine's pipeline system at the start of the year amid a dispute unpaid bills and new prices.

The conflict was resolved in January, when Putin and Tymoshenko reached a deal on imports and transit for 2009.