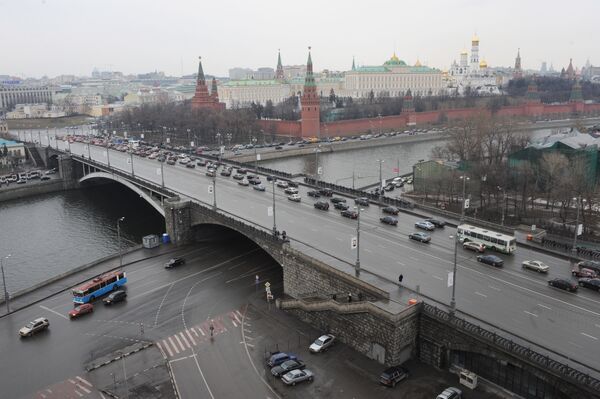 Moscow authorities plan to attract up to 10 million foreign tourists a year by 2020, the head of the city’s tourism committee said.

MOSCOW, November 23 (RIA Novosti) -  Moscow authorities plan to attract up to 10 million foreign tourists a year by 2020, the head of the city’s tourism committee said.

Grigory Antyufeyev said that in the first nine months of 2009, tourism to Moscow decreased by 15 % from 2008’s figure to 2.6 million tourists. However, the committee expects the situation to improve in 2010.

“Our plan is to have 10 million tourists, not including Russian tourists, by 2020,” he told RIA Novosti.

Antyufeyev disagreed that Moscow was an overly expensive city, pointing out that its public transport was among the cheapest in Europe. He also said there were many cheap, good quality chain restaurants.

“I wonder where in Paris, Tokyo, Berlin or Rome you can eat for less than 10 euros. And we are talking about high quality food here,” he said.

Antyufeyev noted that apart from luxury hotels, where a room might cost up to $15,000 a night, Moscow has various middle ranking hotels with reasonable prices.