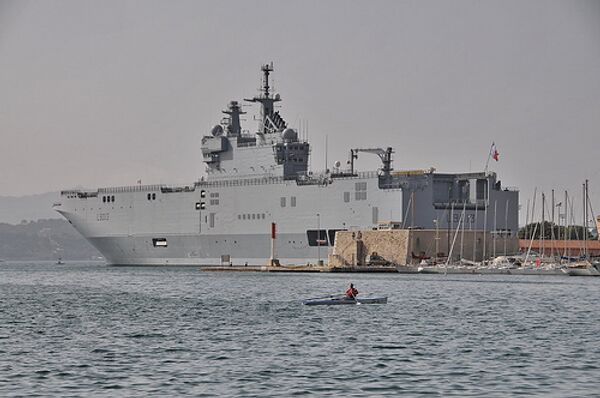 Russia is seeking to buy a Mistral-class amphibious assault ship, worth 400-500 million euros and the ship arrived in Russia's second city to be shown off to military personnel and the public.

Russian Prime Minister Vladimir Putin will visit France on November 26-27, when a final decision on the purchase is expected to be made.

A new warship could be built at the STX shipyard in France in partnership with the French shipbuilder DCNS.

He added that Russian shipbuilders strongly opposed the deal and that the government had yet to make a decision on whether Russia needs to build costly carriers.

The Mistral-class ship is capable of transporting and deploying 16 helicopters, four landing barges, up to 70 vehicles including 13 battle tanks, and 450 soldiers. The vessel is equipped with a 69-bed hospital and can be used as an amphibious command ship.