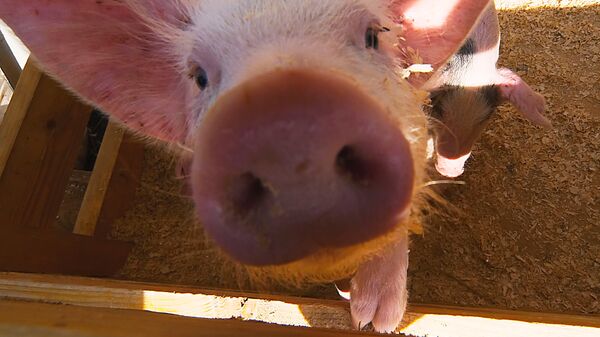 VELIKY NOVGOROD, November 22 (RIA Novosti) - A herd of pigs has been arrested in northwest Russia's Veliky Novgorod Region over debts of their owner, a local court spokesman said.

He said the female farmer was unable to repay her loans, and the decision was taken by a court to arrest her property, including 22 pigs.

"Until the court's decision is not cancelled, court marshals will have to do an unusual job, in particular, to regularly visit the insolvent's pig farm in a village of Pankovka in order to examine whether the pigs are safe and sound," the spokesman said, adding the woman would face criminal prosecution "if something happen to the pigs."

He said three cars and other property belonging to the female farmer had also been arrested.