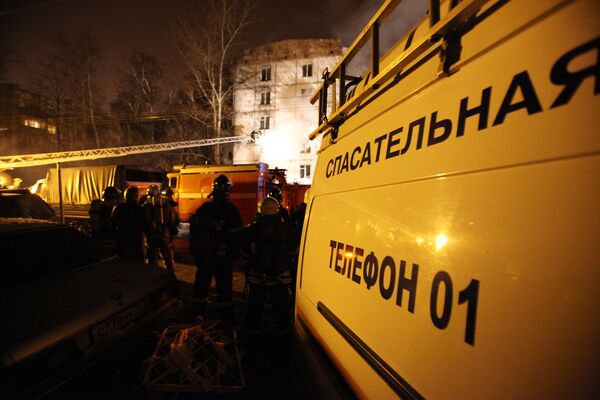 Two people died in fire after a household gas explosion in the southeast of the Russian capital, a spokesman for the Emergency Situations Ministry's Moscow division said Saturday.

Yevgeny Bobylyov said 20 people have been rescued and one was injured in the fire that occurred in a residential five-story building.

Bobylyov earlier said 26 firefighting crews are involved in the efforts to extinguish the fire, which has by now been localized.

Traffic on the Yunykh Lenintsev Street where the residential building is situated was reportedly blocked by authorities.