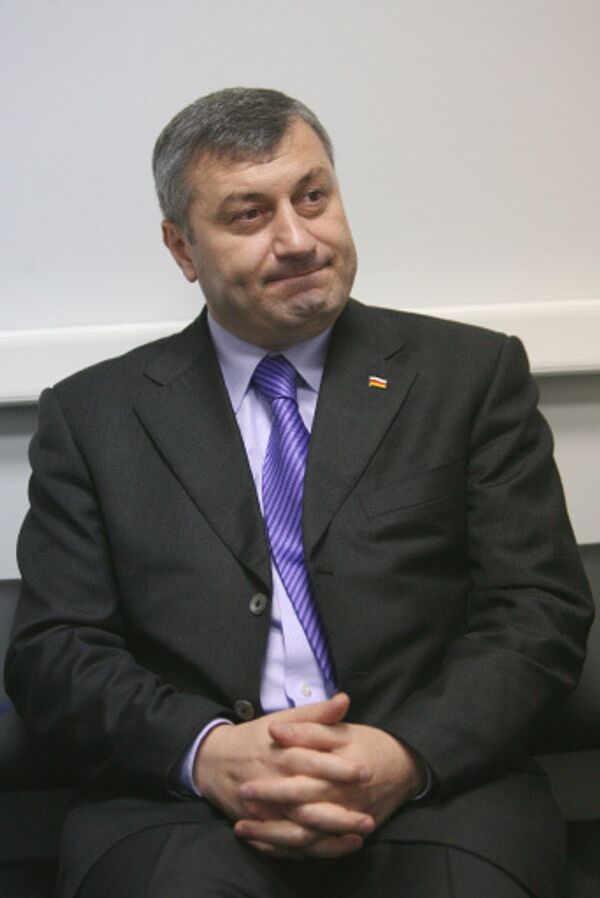 South Ossetian President Eduard Kokoity said the former Georgian republic "anticipates" its recognition by Belarus, but "does not insist" on an immediate decision.

South Ossetian President Eduard Kokoity said the former Georgian republic "anticipates" its recognition by Belarus, but "does not insist" on an immediate decision.

"We are tied by a long history of friendship... we have much in common, in culture, traditions and faith... but we clearly realize the position of Belarus, which is expected by everybody to make a decision," Kokoity said during a meeting with a delegation of Belarusian members of parliament.

The Belarusian officials arrived in Georgia on Wednesday in order to study the situation on the ground and to better consider Abkhazia and South Ossetia's request for Minsk to recognize their independence.

"We are not insisting the process be sped up, you should make the decision yourself," Kokoity said, adding "the main thing is to develop inter-parliamentary and inter-government cooperation."

"There are different forms of recognition [of a country's independence], but we will anticipate an official recognition. It is a matter of crucial importance for our people," he said.

During their stay in Georgia, the Belarusian delegation met with representatives of the Georgian opposition, the country's parliamentary speaker David Bakradze and Foreign Minister Grigol Vashadze.

"In a civilized world such things should not happen," he told Georgia's Rustavi-2 TV channel.

"We will provide the Belarusian people and parliament with objective information about what we have seen and heard here," he said.

Abkhazia and South Ossetia asked Belarus to recognize their independence last year. However, Belarus has so far refused to join Russia in recognizing the republics.

Under mutual assistance treaties signed last November, Russia pledged to help South Ossetia and Abkhazia protect their borders, and the signatories granted each other the right to set up military bases in their respective territories.