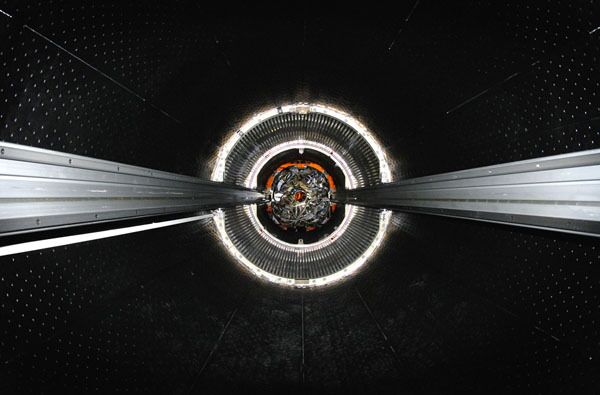 The first circulating beam of protons has made it halfway through the circular device of the Large Hadron Collider (LHC), a scientist participating in the experiment said on Friday.

The first circulating beam of protons has made it halfway through the circular device of the Large Hadron Collider (LHC), a scientist participating in the experiment said on Friday.

Experiments using the LHC were suspended last September shortly after a successful start, due to a malfunction of two superconducting magnets and a subsequent helium leak into the tunnel housing the device.

The Compact Muon Solenoid detector is located at the halfway mark from point 1 to point 8. The beam is currently traveling clockwise through the device.