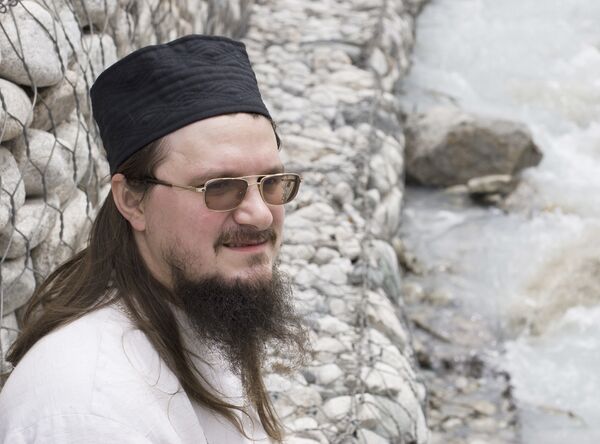 The head of Russia's Orthodox Church warned on Friday against rushing to accuse "individuals or groups" of the murder of a priest in Moscow.

The head of Russia's Orthodox Church warned on Friday against rushing to accuse "individuals or groups" of the murder of a priest in Moscow.

Daniil Sysoyev, 34, was shot dead by a masked gunman in St. Thomas Church in southern Moscow on Thursday evening. Investigators said today their main theory is that religious hatred was behind the crime. Sysoyev was known for his missionary work among Muslim immigrants, and had received numerous death threats.

"Any murder is a grave sin. But the murder of a priest in a church is also a challenge to the law of God," Patriarch Kirill said. "This sin will not be left unrevenged by God. And justice will hopefully be ensured by people. But as long as the killer has not been identified, I ask you to refrain from any hasty accusations against individuals or groups."

The murder stirred a wave of condemnation from all religious groups in Russia, and demands to ensure better security for the clergy.

Some nationalist lawmakers claimed Thursday's decision by the Constitutional Court to extend a ban on capital punishment in the country could have "inspired" the killer.

"The priest was gunned down in a Moscow church. This happened when the Constitutional Court had virtually abolished the death penalty," A Just Russia member Vera Lekareva said.