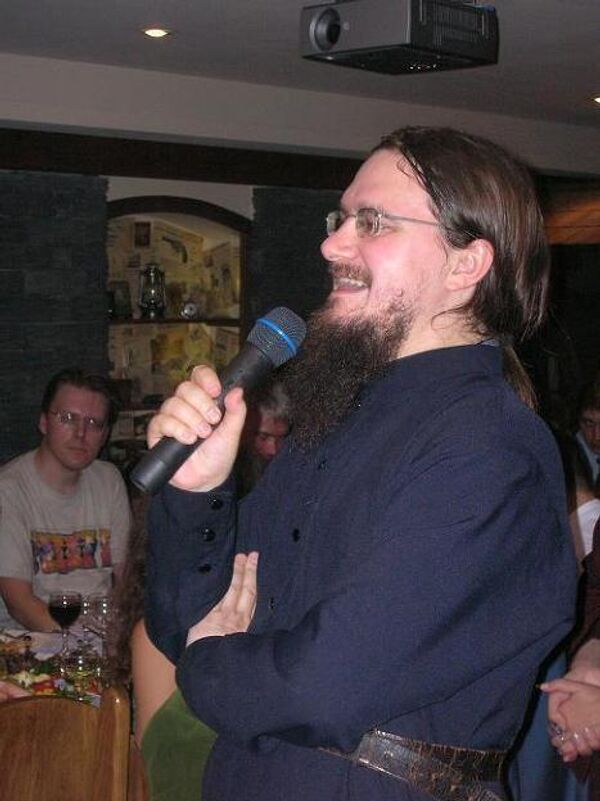 A Russian Orthodox priest who carried out missionary work among immigrants from ex-Soviet republics received over a dozen death threats before his murder on Thursday, a Russian paper said.

A Russian Orthodox priest who carried out missionary work among immigrants from ex-Soviet republics received over a dozen death threats before his murder on Thursday, a Russian paper said.

Daniil Sysoyev, 34, was shot dead by a masked gunman in St. Thomas Church in southern Moscow on Thursday evening. The killer entered the church, asked for Sysoyev by name, and opened fire with a pistol at close range. The priest was hit in the head and died later in hospital. His assistant was badly wounded in the attack.

"The main theory is that religious motives are behind the crime," a spokesman for the investigating committee of the Prosecutor-General's Office said in comments broadcast on the Rossiya state-run TV channel.

The Komsomolskaya Pravda paper said on Friday that Sysoyev had revealed in a recent interview with one of its journalists that he had received 14 death threats by phone and email.

"They've threatened to cut my head off 14 times," the paper quoted the priest as saying. "The FSB [Federal Security Service] got in touch with me a year ago to say they had uncovered a murder plot against me."

Sysoyev also told the paper that in the past year, his church had "christened 80 Muslims, among them Tatars, Uzbeks, Chechens and Dagestanis."

He was also quoted as saying that other Orthodox priests were "afraid" to carry out missionary work among Muslim immigrants.

"They are afraid of revenge from the Muslim world," he said.