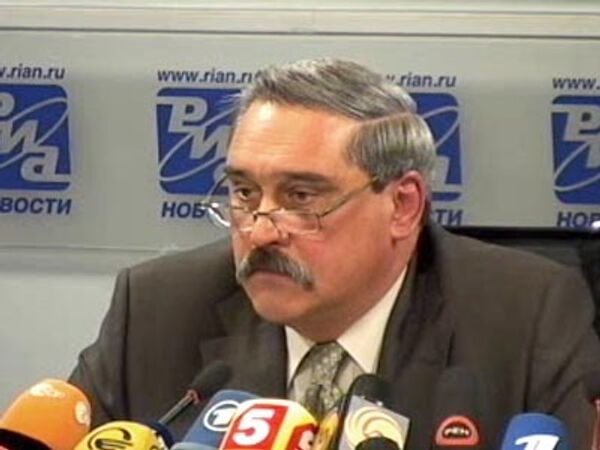 The UN Security Council is not discussing new sanctions against Iran, a Russian Foreign Ministry spokesman said on Thursday.

The UN Security Council is not discussing new sanctions against Iran, a Russian Foreign Ministry spokesman said on Thursday.

"Additional sanctions against Iran are not currently being discussed at the UN Security Council," Andrei Nesterenko told reporters.

"We should allow for more diplomatic efforts - heightened emotions will only do harm," Nesterenko said.

U.S. President Barack Obama said earlier on Thursday that the United States and its allies were discussing possible new sanctions against Iran. His comments came after Iranian Foreign Minister Manouchehr Mottaki said the Islamic Republic would not send its enriched uranium to third countries for processing in line with a deal drawn up at October talks in Vienna between Iran, the UN, the U.S., Russia and France.

Speaking in Seoul, the last leg of his four-nation Asian tour, Obama said: "They have been unable to get to 'yes,' and so as a consequence, we have begun discussions with our international partners about the importance of having consequences."

However, Nesterenko said Iran is still to give a formal response to the deal, and the UN nuclear watchdog, the International Atomic Energy Agency, is continuing discussions with Tehran.

The West has demanded Iran halt uranium enrichment, fearing it seeks to build nuclear weapons. Tehran insists that it needs nuclear technology only to generate electricity.

Mottaki said Iran could consider a simultaneous swap of its nuclear fuel for enriched uranium, but on its own territory.

Turkey, a neutral state with good ties with Iran, has been proposed as an alternative site for storing Iran's uranium.