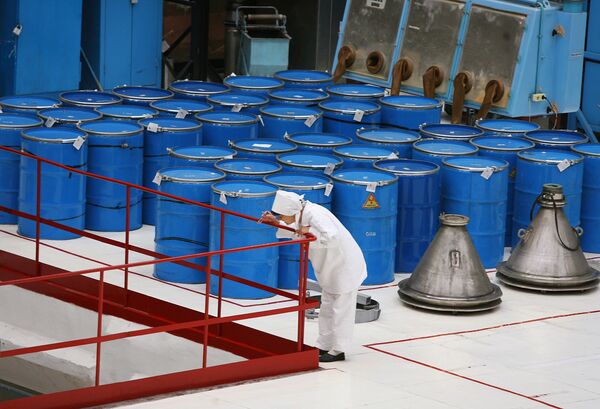 Iranian Foreign Minister Manouchehr Mottaki has said the Islamic Republic will not send its enriched uranium to third countries for processing, the Iranian ISNA news agency reported on Wednesday.

Iranian Foreign Minister Manouchehr Mottaki has said the Islamic Republic will not send its enriched uranium to third countries for processing, the Iranian ISNA news agency reported on Wednesday.

"Iran will definitely not send its 3.5 percent enriched fuel out," Mottaki was quoted as saying.

He said, however, that Iran would consider a simultaneous swap of its nuclear fuel for other uranium, but that the exchange would have to take place on its territory.

Iran has yet to give an official answer to a UN-brokered deal designed to allay concerns over its nuclear program, which Western powers suspect of being aimed at the production of an atomic weapon. Iran says that program is for the peaceful generation of energy.

Under the deal, drawn up at October talks in Vienna between Iran, the UN, the U.S., Russia and France, the Islamic Republic would ship out its low-enriched uranium to Russia, where it would be enriched and then sent to France to prepare it for use in an Iranian reactor.

However, Iran refused to send its stockpile to France and Russia, and the U.S. proposed allowing Tehran to send its uranium to any of several nations, including Turkey. Turkish Energy Minister Taner Yildiz said the country was ready to store Iran's enriched uranium stockpile.

Iran admitted to the existence of an enrichment site near the city of Qom in September, and IAEA inspectors who were granted access to the facility the following month said construction was at an advanced stage.