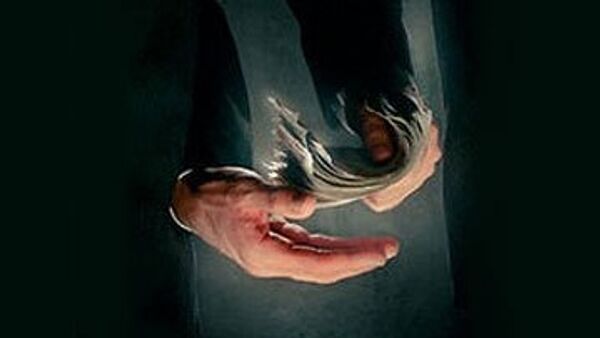 MOSCOW. (RIA Novosti economic correspondent Maria Selivanova) - The struggle against corruption in Russia is, more often than not, fictional. There is practically no real progress, which is borne out by the results of the annual report published on November 17 by the international non-governmental organization Transparency International.

MOSCOW. (RIA Novosti economic correspondent Maria Selivanova) - The struggle against corruption in Russia is, more often than not, fictional. There is practically no real progress, which is borne out by the results of the annual report published on November 17 by the international non-governmental organization Transparency International.

Instead of comprehensive efforts against corruption, there are occasional "token" court processes, exchange of mudslinging and endless anti-corruption rhetoric. Meanwhile, the situation with corruption is only worsening. According to data from the Russian Interior Ministry, the average amount of a bribe has increased by 250% in the past year.

Transparency International uses the Corruption Perceptions Index (CPI) to calculate the level of corruption among state officials with the values "0" (a high level of corruption) to "10" (almost no corrupt officials). In 2009 in Russia, this index was at 2.2 points versus 2.1 points the previous year. As a result, the Corruption Perceptions Index put Russia in 146th place out of 177 countries. Last year, it was in 147th place.

"These results cannot be called respectable," said Yelena Panfilova, director of the Transparency International Center in Russia. "Russia also had the worst result among G20 countries, a group of which Russia is a full-fledged member.

The INDEM Foundation estimated that in Russia $318 billion per year is paid in bribes to officials. Kirill Kabanov, chairman of the National Anti-Corruption Committee, came up with a similar figure of $300 billion per year. The loss of such amounts makes modernization of Russia's economy or any scientific and technological breakthroughs quite problematic.

It is no wonder that in last year's address to the Federal Assembly, Dmitry Medvedev said, "Corruption is modern society's Public Enemy No. 1."

Panfilova insists that it is time to move past the embryonic stage of fighting corruption when anti-corruption laws are enacted, and actually apply these laws. Moreover, corrupt officials should be punished regardless of rank or position - after all, corruption spreads from the highest corridors of power.

Non-governmental organizations need to actively participate in counteracting corruption. But none of the Russian laws describes the concept of civil oversight in and of itself.

"And the reality is such that non-governmental organizations are perceived as enemies," added Panfilova. A significant portion of such structures is occupied with problems of simple survival. The officials themselves, regardless of all their corruption-fighting slogans, are really hindering this fight.

For example, on November 13, 2009 in Doha, at a meeting of countries party to the UN Convention Against Corruption, Russia blocked the adoption of a mechanism for monitoring the implementation of the Convention by countries that are parties to it. The mechanism that frightened Russian officials so much entailed conducting independent inspections of the level of corruption by countries that had signed the convention. It also prescribed the participation of civil society institutions and public discussions of findings.

"The Russians used the terms 'protecting sovereignty' and the 'inadmissibility of interfering into internal affairs' in order to block these procedures," said Panfilova.

"Why is civil oversight of corrupt officials that are robbing the country a threat to its sovereignty?" she asks. "This is a terrible shame."

Let us note that 125 countries were ready to sign the preliminary version of the document.

In the end, a compromise was reached - mutual inspections will still be conducted, but not once every five years as was initially planned, but only given the consent of the country to be inspected. The report on the inspection results will be published, but only in "excerpts," and only "talking points" will be prepared for other countries. Participation of NGOs in the inspections is stipulated in terms of "it would be good if they participated." Consequently, public discussion of the situation with corruption in Russia would be impossible.

All of this together means that most likely in the near future the fight against corruption in Russia will be limited to showy "tokens," puff pieces on the Internet and endless pledges and plans to fight corrupt practices.