Moscow hopes to agree on pact with EU soon 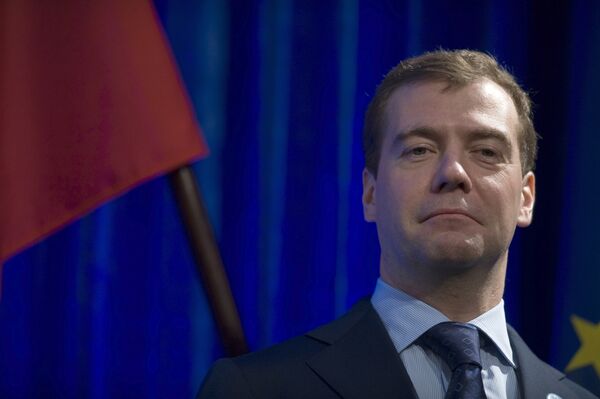 Russia hopes a new cooperation agreement with the European Union will be finalized soon, President Dmitry Medvedev said on Wednesday.

"The document is being agreed point by point, section by section. I think we will soon finalize the text," Medvedev said at a news conference after a Russia-EU summit in the Swedish capital.

He said a final document could only be based on compromise.

"In this respect, the summit has shown that all parties concerned are ready for such compromise solutions," he said.

"This is the only way effective agreements can be achieved."

The current Russia-EU agreement expired in late 2007, but was automatically extended. In early October, the sixth round of talks on the new agreement took place in Brussels.

Russia's EU envoy Vladimir Chizhov earlier said the two parties had agreed to hold a seventh round of talks in early December.

Talks on a new deal have been repeatedly delayed, initially by Poland and Lithuania and then over Russia's last August conflict with Georgia over South Ossetia.

Moscow earlier said that some EU members had tried to use the treaty issue to pressurize Russia.