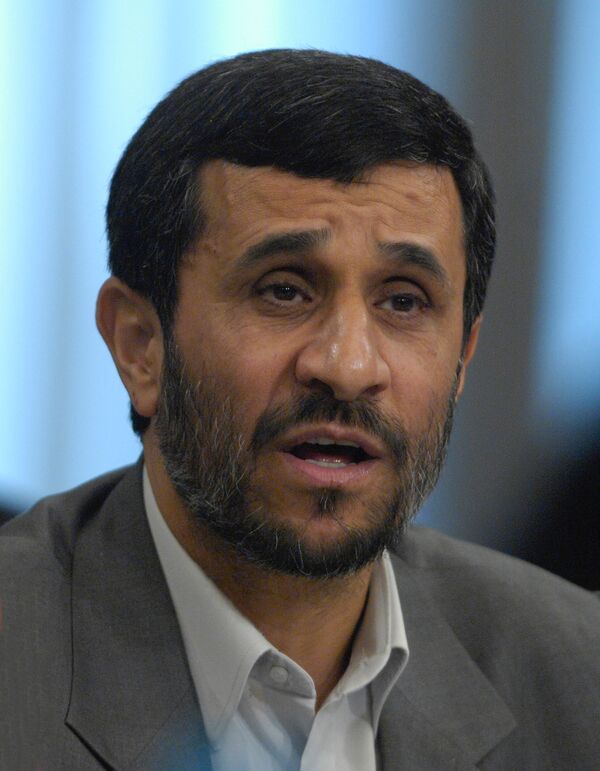 "Obama is not able to introduce any substantial changes to the political strategy of the United States [towards Iran]," Ahmadinejad was quoted by the news agency as saying in a statement.

He said the U.S. president, who has promised to change White House approaches to foreign policy in order to overcome the crisis in relations with some states, including the Islamic republic, has fallen short of expectations of the international community.

"Nowadays, the U.S. is not as strong, and has moved to a weakening," the Iranian leader said.

Last week, Obama renewed U.S. economic sanctions against Iran, intended to put pressure on the Islamic republic to halt its nuclear program, for another year.

In his letter to Congress on Thursday, the U.S. president said "our relations with Iran have not yet returned to normal."

Some of the U.S. sanctions against the Islamic republic have been in place since 1979, when Iranian militants occupied the U.S. embassy in Tehran, holding 52 Americans hostage for 444 days.

Obama is reportedly considering a range of broader sanctions targeting third parties that cooperate with Iran.

After a meeting with Russian President Dmitry Medvedev in Singapore on Sunday, Obama said time was running out for diplomacy in a dispute over the Iranian nuclear deadlock.

Tehran has rejected Western suspicions that it secretly plans to build nuclear weapons and insists on its right to nuclear technology for electricity generation.