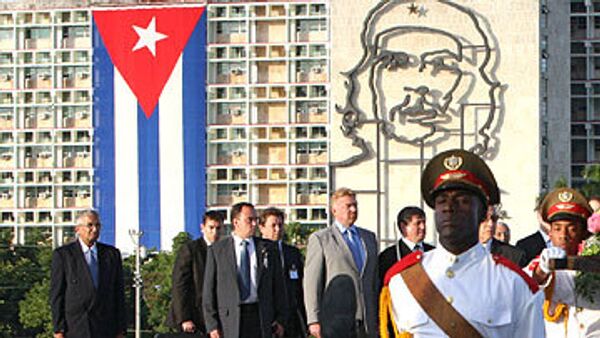 The Cuban Defense Ministry has announced that large-scale military exercises will take place in the country on November 26-28.

HAVANA, November 17 (RIA Novosti) - The Cuban Defense Ministry has announced that large-scale military exercises will take place in the country on November 26-28.

The three-day Bastion-2009 drills will be held on the eve of the National Defense Day, which is celebrated in Cuba on November 29.

"The Bastion-2009 strategic exercises will be held through the country on November 26-28 as part of a program aimed at strengthening Cuba's defense capability," the ministry said in a statement on Monday.

"The drills will comprise different types of tactical exercises with the participation of units from the Fuerzas Armadas Revolucionaria [Revolutionary Armed Forces], the Interior Ministry and components of territorial defenses," the statement said.

The exercises were originally planned for 2008, but had to be postponed because of the three devastating hurricanes that hit the country last year.