CERN's particle collider could be re-launched this week 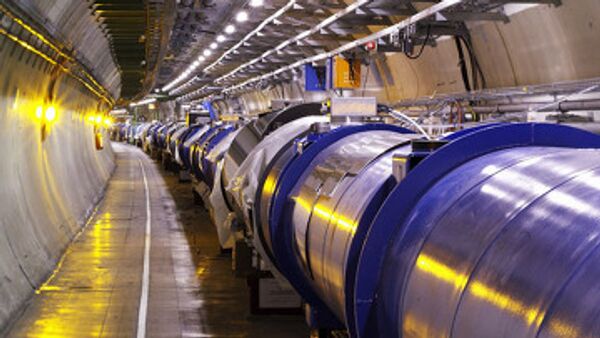 The European Organization for Nuclear Research (CERN) could re-start its Large Hadron Collider (LHC) this week, a year after an accident brought the project to a halt, CERN said.

The European Organization for Nuclear Research (CERN) could re-start its Large Hadron Collider (LHC) this week, a year after an accident brought the project to a halt, CERN said.

Experiments using the particle accelerator LHC were suspended last September shortly after a successful start, due to a malfunction of two superconducting magnets and a subsequent helium leak into the tunnel housing the device.

Work to repair the collider and upgrade it took over a year. In early November, a system to protect it from such accidents, named the Quench Protection System, was installed.

The construction of the collider cost $4.9 billion, while its repairs after the breakdown cost almost $40 mln.