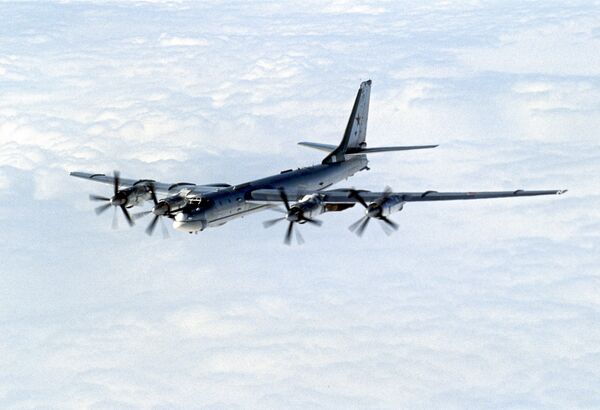 Two Russian Tu-95 Bear strategic bombers that carried out a routine patrol flight over the Pacific Ocean were shadowed by 'regular' NATO fighters, the Defense Ministry said on Thursday.

It said the bombers had spent over 15 hours in flight on Wednesday and were shadowed by two NATO F-15 Eagle fighters.

A similar patrol mission on September 29 was shadowed by an F-22 Raptor that uses stealth technology, reportedly the first time the world's only fifth-generation fighter aircraft was sent along to keep an eye on the Russians.

All flights by Russian aircraft are performed in strict compliance with international law on the use of airspace over neutral waters, without intruding in the airspace of other states, the ministry said.