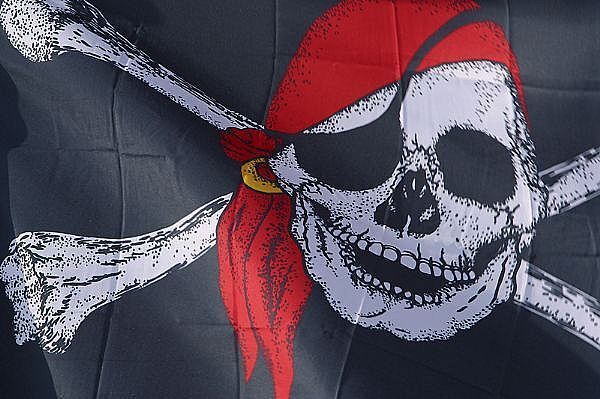 Subscribe
MOSCOW. (RIA Novosti military commentator Ilya Kramnik) - On November 12, 2008, the Russian frigate Neustrashimy and the British frigate Cumberland repelled a pirate attack against the Danish vessel Powerful. This was the first time the Russian navy had participated in navigation safety off the Somali coast. How have things changed since then, and how secure is shipping in these waters now?

MOSCOW. (RIA Novosti military commentator Ilya Kramnik) - On November 12, 2008, the Russian frigate Neustrashimy and the British frigate Cumberland repelled a pirate attack against the Danish vessel Powerful. This was the first time the Russian navy had participated in navigation safety off the Somali coast. How have things changed since then, and how secure is shipping in these waters now?

Over the past year Russian warships have made several trips to the Gulf of Aden to provide security. Ships flying St. Andrew's flag have conducted several dozen convoys through the dangerous waters.

In addition to Russian ships, naval vessels from many other countries, including the United States, NATO member nations, India, China and others ply the waters off the Horn of Africa. But their efforts have brought no tangible results.

In the first six months of 2009, a total of 146 pirate attacks were made off Somali, in which 32 ships were captured. This is almost double compared with the same period in 2008.

The pirates are now acting over a far wider area - ships are being seized on the open ocean, hundreds of miles away from the coast. Pirates capture vessels and take them to coastal bases, using hostages as a cover. Releasing hostages from the seized ships is risky, and the pirates fear practically nothing from commandos.

The reason for this unsuccessful effort lies in the roots of the piracy. The poverty of Somalia and the lack of any working economy in a country plagued by civil war remain unchanged. As a result, new pirates take the place of those captured. They do not fear being taken prisoner - the worst they can expect if they are caught by an EU ship is to land in a European jail where living standards are much better than in their own country. Being caught by Russian, Indian or Chinese sailors is more dangerous, because the pirates as a rule are handed over to Yemen, where the gentlemen of fortune may be severely punished for what they have done, including the death penalty, and where prison conditions are far harsher than in Europe.

The fight against pirates has spawned a new service - many shipowners are paying for the military escort of their vessels and sometimes hire private firms to protect the ships.

At the same time, not all shipping companies have the money for such services and quite a number of pirate targets remain unprotected.

This threat of piracy is not the only one in the region. The country is devastated by a civil war and offers a fertile field for terrorist groups. Al-Qaeda units operating in Somalia recruit supporters among radically-minded youths.

Piracy and terrorism, however, are not a Somalian monopoly - other African regions are experiencing similar problems. Pirates are active, for example, in the Gulf of Guinea. The same is true of terrorism - radical Islamic groups regularly make terrorist attacks in Algeria and other countries in northern and western Africa. However, the situation in Somalia, which lacks any government authorized power that could control the larger part of the country and fight unlawful armed units, appears to be the worst.

The world community is facing the task of stabilizing the situation in Somalia. A full-scale peacekeeping operation there would require no less than 25,000 to 30,000 troops with heavy weapons and massive air support, a force, moreover, ready for sustained fighting. Today only the United States and its allies are in a position to carry out such an operation, but they are not prepared to do so - their current conflicts are taking too much time and efforts: no one else can undertake the mission.

As a result, NATO, relative to Somalia, has to make do only with the "growth of international cooperation" in the struggle against pirates.