VEB, Russian Technology Corporation could be privatized in 2010 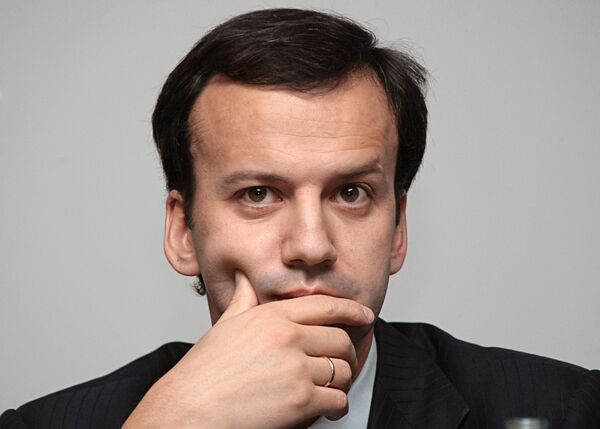 Government corporations were established under the presidency of Vladimir Putin to exercise the powers of the government in certain areas of the economy.

Dvorkovich also said that the country's civilian nuclear power corporation Rosatom and the Deposit Insurance Agency would retain their status as government corporations in the near future while nanotechnology company Rosnano could lose its status as a state corporation most likely next year.

In his state-of-the-nation address to both houses of parliament on Thursday, Russian President Dmitry Medvedev said that state corporations had outlived their usefulness, had no future and should be reorganized and later privatized.

Medvedev has ordered a thorough review of the activity of state-run corporations, stressing special attention should be given to the spending of funds and the use of state property, as well as the corporations' compliance with federal regulations.

Medvedev ordered in July 2008 that a concept be drawn up for reorganizing state corporations as legal and business entities without the special status and privileges they presently have.

At present there are seven state corporations in Russia - Vnesheconombank (VEB), Russian Technology (Rostekhnologii), Rosnano, the Deposit Insurance Agency (ASV), the Fund for Reforming the Housing and Utilities Sector, the Rosatom nuclear power corporation, and Olimpstroi, which is building facilities for the Sochi 2014 Winter Olympics.

In addition, a law was passed in July on the establishment of a state company, Russian Highways (Avtodor), to develop the country's highway network.