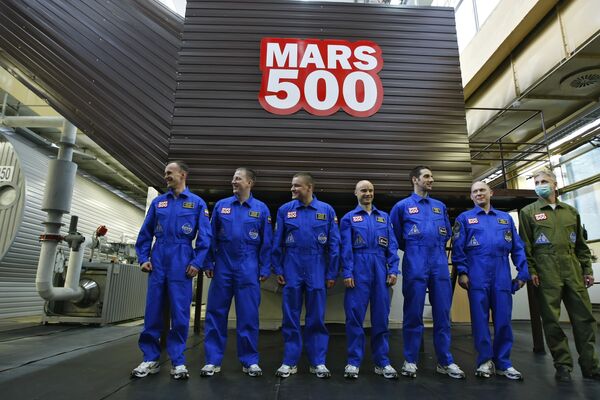 At its recent meeting, the Presidential Commission for Modernization and Technological Development of Russia's Economy called for developing a transport-energy module with a megawatt-class nuclear propulsion unit.

MOSCOW. (Yury Zaitsev, for RIA Novosti) - At its recent meeting, the Presidential Commission for Modernization and Technological Development of Russia's Economy called for developing a transport-energy module with a megawatt-class nuclear propulsion unit.

President Dmitry Medvedev approved the project and promised to find funding for it. Analysts say Russia could restore its status as a leading space power if it scores a breakthrough with nuclear propulsion.

Past experience shows that such expensive technology is extremely difficult to develop. The United States and the Soviet Union tried hard to make commercial nuclear propulsion units. The U.S.S.R. came up with the 11B91 experimental nuclear engine, while the U.S. developed the NERVA (Nuclear Engine for Rocket Vehicle Application) system developing a thrust of about four tons.

Soviet and U.S. nuclear spacecraft programs were marred by a number of accidents.

In April 1964, a U.S. Navy Transit navigation satellite with a radio-isotopic generator onboard failed to reach orbit and disintegrated in the atmosphere, spewing out over 950 grams of plutonium-238. This was more than the total amount of plutonium released during all nuclear explosions by 1964.

In January 1978, Kosmos-954, a Soviet Radar Ocean Reconnaissance Satellite (RORSAT) with a nuclear reactor onboard reentered the atmosphere, after the satellite's reactor core failed to separate and boost it into a nuclear-safe orbit, and fell in Canada, contaminating 100,000 sq. km. of its territory.

In February 1983, the nuclear-powered Soviet satellite Kosmos-1402 went down in the South Atlantic.

The most serious threat involved Cassini-Huygens, a joint NASA/European Space Agency/Italian Space Agency robotic spacecraft mission currently studying the planet Saturn and its many natural satellites, that was launched on October 15, 1997 and which made a gravitational-assist flyby of the Earth on August 18, 1999.

The spacecraft, which had a nuclear reactor with 32.7 kg of plutonium-238, passed only 500 km above the Earth. Up to five billion people could have got radiation poisoning had the spacecraft plunged into the atmosphere.

On February 10, 2009, the Iridium-33 telecommunications satellite owned by U.S. company Iridium Satellite LLC and its defunct Russian equivalent, the Kosmos-2251 with a nuclear propulsion unit, collided over northern Siberia. This resulted in potentially hazardous space debris.

At present, 30 Russian and seven U.S. spacecraft with nuclear systems onboard are orbiting the earth at 800-1,100-km altitudes, where similar collisions can take place. This makes up for about 40 "potential nuclear explosions."

If any of these satellites hits a fragment of space junk, it will slow down and eventually re-enter the atmosphere, spewing radiation above the Earth and on its surface.

Since the 1978 Kosmos-954 crash, the Scientific and Technical Subcommittee of the United Nations Committee on the Peaceful Uses of Outer Space has always focused on the use of space-based nuclear reactors.

Its survey formed the basis for the UN General Assembly's December 1992 resolution entitled "Principles Relevant to the Use of Nuclear Power Sources in Outer Space."

According to the resolution, nuclear reactors can be used in outer space only when their usage is absolutely indispensable, and after their space mission is fulfilled the spacecraft equipped with nuclear reactors should be placed on sufficiently high orbit. "...The sufficiently high orbit must be such that the risks to existing and future outer space missions and of collision with other space objects are kept to a minimum."

At the turn of the century, part of the international scientific community decided that it was impossible to explore outer space without nuclear engines and reactors, which could be used to accelerate inter-planetary spacecraft and to supply them with energy.

This conclusion was based on the apparent lack of alternatives for conducting manned inter-planetary missions.

Scientists must find a way to ensure the radiation safety of nuclear propulsion units, including possible accidents. This problem has proved to be extremely difficult to resolve, unlike similar work on the reliability of nuclear reactors.

Yury Zaitsev is an academic adviser with the Russian Academy of Engineering Sciences.