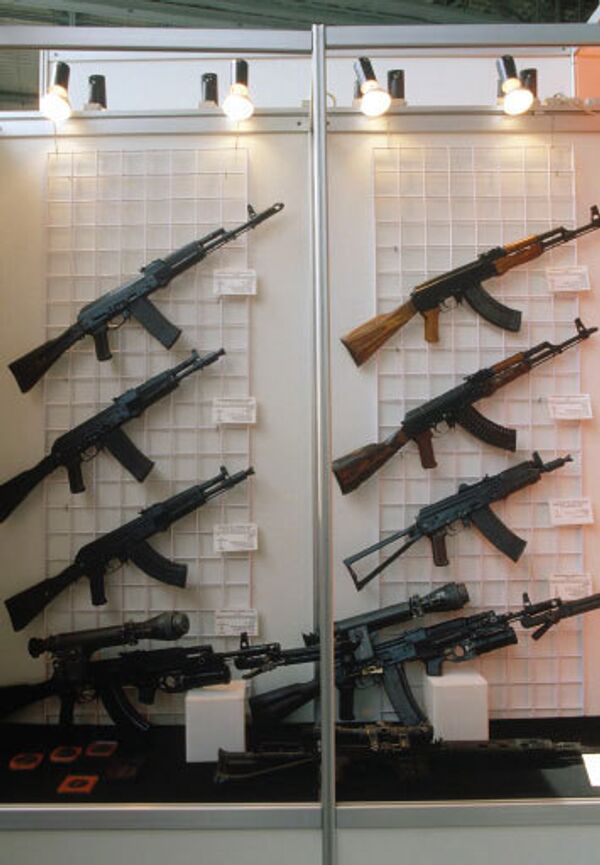 Rosoboronexport is currently fulfilling a 2005 contract to build a Kalashnikov plant in Venezuela.

"In the past few years, ten foreign states have applied to Russia for the creation of facilities on their territories to build licensed Kalashnikov AK-100 series assault rifles," Igor Sevastyanov said.

Sevastyanov did not specify which countries had applied, noting only that they included Latin American and Middle East states. He said some clients want plants built from scratch and others want production upgraded.

Mikhail Kalashnikov, the Russian inventor of the AK-47 assault rifle, turned 90 on Tuesday.

Then-Soviet soldier Kalashnikov was inspired to design the weapon after being wounded in 1941 during WWII. While his first attempts were deemed unsuccessful, he was given a position in weapons development, and by 1947 he had perfected his masterpiece.

"There are about 100 million Kalashnikov assault rifles worldwide, of which half are counterfeit, i.e. produced without licenses, patents or intergovernmental agreements," he said.