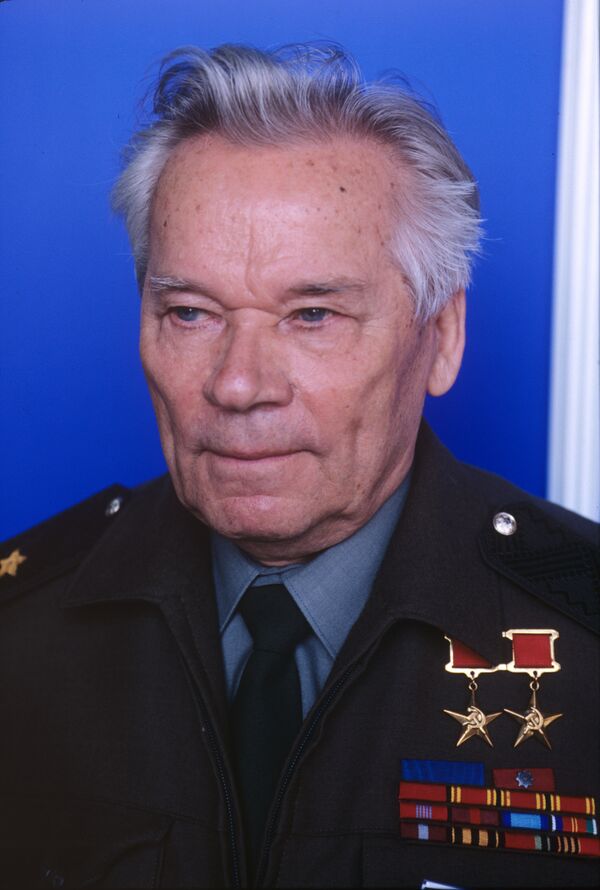 Then-Soviet soldier Kalashnikov was inspired to design the weapon after being wounded in 1941 during WWII. While his first attempts were deemed unsuccessful, he was given a position in weapons development, and by 1947 he had perfected his masterpiece.

Since then, the AK-47 has become the most widespread and famous assault rifle in history. Used by some 50 armies around the world, as well as countless urban guerrilla movements, it is also featured on the flag of Mozambique.

However, despite estimated sales of 100 million, Kalashnikov, who lives in the Western Urals city of Izhevsk, claims not to have profited from the AK-47 and to receive only a state pension.

"His contribution to the advancement on the foreign arms market of Russian small arms is priceless...His name is as famous as that of Yury Gagarin, the world's first cosmonaut" Igor Sevastyanov told RIA Novosti.

The official also said that Russia had signed a contract with an unnamed North African state for 500,000 AK-103-2s, a newly modified version of the AK-47 capable of firing three-round bursts.

However, despite his world fame, or notoriety, Kalashnikov takes no pleasure in the destructive power he unleashed all those years ago.

"I'm proud of my invention, but I'm sad that it is used by terrorists," he said on a visit to Germany in 2002.

"I would prefer to have invented a machine that people could use and that would help farmers with their work - for example a lawnmower."