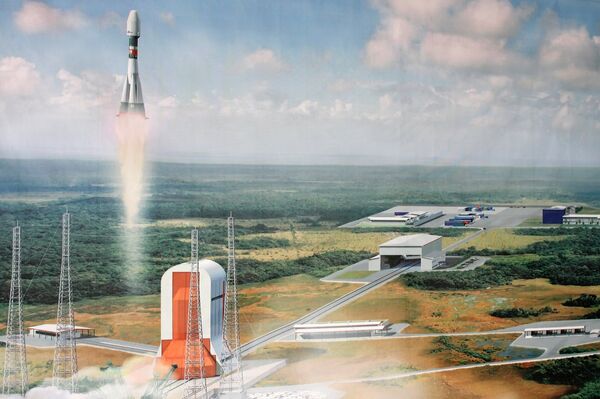 Soyuz-ST is a modernized version of the Soyuz-2 rocket developed by the Samara-based Progress design bureau specifically for launches from the Kourou space center in French Guiana.

The Kourou launch site is intended mainly for the launch of geostationary satellites. Its proximity to the equator will enable the Soyuz-ST to put into orbit heavier satellites than those launched from Baikonur in Kazakhstan and Plesetsk in northern Russia.

The contract is estimated at $300-$400 million and stipulates at least three launches per year.

Rene Pischel, head of the European Space Agency's (ESA) office in Russia said in August that the construction of the spaceport for Soyuz launches at Kourou is in its final stages and a supply tower is currently being assembled.

The first launch of the Soyuz-ST rocket from Kourou is scheduled for April 2010.