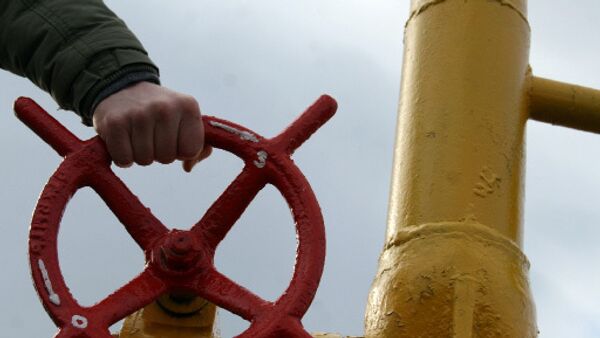 © RIA Novosti . Alexandr Mazurkevich
Subscribe
Ljubljana and Moscow have finalized an agreement to take the South Stream gas pipeline through Slovenia and could sign it in Moscow next week, a Slovenian paper reported on Saturday.

SARAJEVO, November 7 (RIA Novosti) - Ljubljana and Moscow have finalized an agreement to take the South Stream gas pipeline through Slovenia and could sign it in Moscow next week, a Slovenian paper reported on Saturday.

Slovenian Prime Minister Borut Pahor is expected to visit Moscow for talks with his Russian counterpart, Vladimir Putin, next Saturday. His visit will coincide with the first playoff between Slovenia and Russia for a 2010 World Cup qualifier.

In an interview with the Dnevnik paper, Janez Kopac, acting director general of the Energy Directorate at the Slovenian Ministry of Economic Affairs, said the two countries could sign the South Stream deal on the day of the match.

"We can confirm that after extensive talks with Russia we have reached agreement," Kopac said.

Pahor said the talks led by Economy Minister Matej Lahovnik had been tough. He said issues related to taxation, and the security of Russian investment and assets have yet to be solved.

Pahor and Putin met in Gdansk in early September and urged efforts to speed up talks on South Stream.

Russian energy giant Gazprom and Slovenia's Geoplin Plinovodi will each hold a 50% stake in a joint venture to be set up under the deal, according to Kopac.

"Under EU rules, the new company should provide access to the pipeline to other players on the gas market [third countries], and obtain approval from Brussels before starting to operate," Dnevnik reported.

Slovenia is a member of the European Union.

The South Stream gas pipeline to carry gas to southeastern Europe is part of Russia's efforts to cut dependence on transit nations. South Stream is a rival project to the EU-backed Nabucco, which would bypass Russia.