Israel may begin new war in Lebanon in spring 2010 - paper 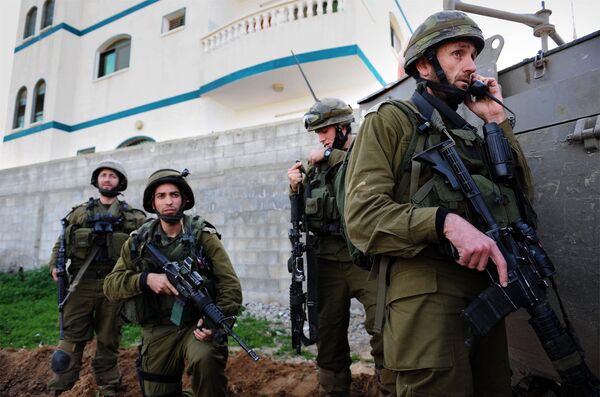 According to anonymous sources in the French parliament, plans of possible military operation in Lebanon in spring 2010 were discussed in France, at a meeting of French, U.S. and Israeli military experts.

The paper said a recent report from the UN secretary general could serve as an indirect indicator of a possible military operation in Lebanon. The report concerns the implementation of UN Security Council Resolution 1701, which prohibits storing weapons in the security zone between the Litani River and the Blue Line, which is the Lebanese-Israeli border. The area is under the observation of UN Interim Force in Lebanon (UNIFIL).

In the report, "only [Shiite armed group] Hezbollah is accused" of violating the provisions of the resolution, while "Israel is freed from any responsibility."

"It gives grounds to think that there are attempts to justify a [future] Israel military operation in Lebanon," an anonymous source told the paper.

A change in the deployment pattern of UN peacekeepers or their withdrawal "will become a clear signal that the Israeli war is imminent," the paper says.

Lebanon's ambassador to the United Nations, Noaf Salaam, warned last week there were signs of an imminent Israeli attack on his country, saying that the "pattern of Israeli breaches" constituted a serious threat to Lebanon. He also said that the increased "escalation in a fragile and explosive situation" signaled Israeli plans of an imminent attack.

The situation in southern Lebanon became extremely tense in July this year, when an explosion occurred in the security zone near the Lebanese-Israeli border in the town of Khirbat Silim. Israel and the United States said the explosion was set off by a detonator in a Hezbollah weapons store prohibited by the UN Security Council.