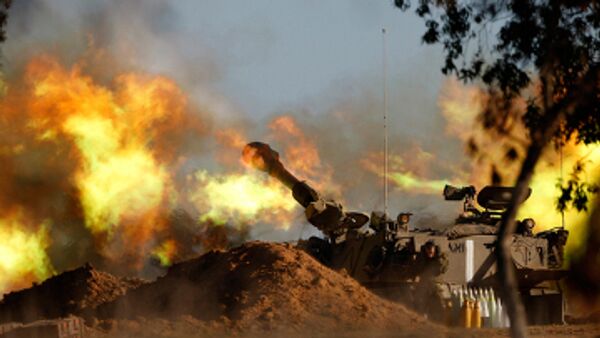 Subscribe
The United Nations General Assembly on Thursday adopted a nonbinding resolution urging Israel and Palestinians to investigate war crimes during the December 2008-January 2009 armed conflict in the Gaza Strip.

A UN mission set up to investigate the conflict released a report in September saying that both Israeli and Palestinian forces had committed "war crimes." The mission was led by South African judge Richard Goldstone.

The resolution, passed by a 114-18 vote, asks UN Secretary General Ban Ki-moon to pass the report to the Security Council, which Israel and the U.S. have been actively speaking against.

Israel began airstrikes on Gaza in December 2008 in an attempt to stop Palestinian militants from firing rockets into Israeli territory. The operation was expanded to a ground offensive, which ended on January 18, 2009. Fighting left more than 1,400 Palestinians and 13 Israelis dead.

Many countries, including Russia, abstained from voting. Russia, like many EU states, has said the issue should be considered by the UN Human Rights Council rather than by the Security Council.