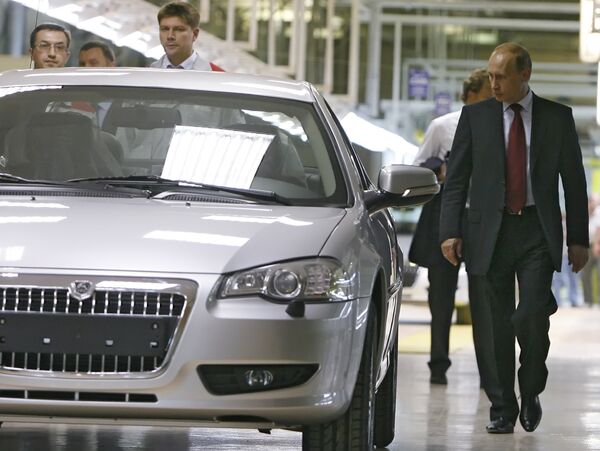 "General Motors' decision not to carry out the deal and drop plans to sell Opel to the Magna-Sberbank consortium will clearly not damage our interests," Putin said.

The prime minister said Russia would continue to cooperate with foreign automakers, including in the United States. He complained, however, that the company's decision was utterly unexpected.

"General Motors... presented everyone with a fait accompli," he said. "It's a good lesson, and we will have to take into account this style of doing business in the future."

"General Motors placed its European division in control of a trust, which has effectively approved the deal. It is up to the trust to take any further steps. In this connection, General Motors' decision to reverse the deal is causing surprise," Putin was quoted as saying by his spokesman Dmitry Peskov.

German Chancellor Angela Merkel Wednesday expressed disappointment with the decision, describing it as "a defeat."

On September 10, General Motors announced that it would sell Opel to a consortium of Canada's auto parts maker Magna and Russia's largest bank, Sberbank. The decision was approved by the Opel board and the German government.