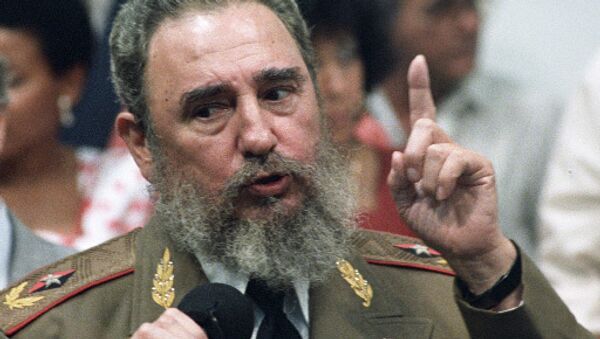 The 10-year deal signed last Friday during a brief closed-door ceremony in Bogota envisions the deployment of some 800 U.S. military personnel and 600 civilian contractors at seven military bases in Colombia.

"The official signing of the agreement, which allows the United States to deploy seven military bases in the heart of our America... threatens not only Venezuela, but all the peoples in the center and the south of our hemisphere," Castro wrote in his latest article published on Cubadebate website.

Castro, 83, whose younger brother Raul is the current Cuban president, said the U.S. administration led by President Barack Obama had violated all legal, constitutional and ethical norms by imposing the deal on Colombia.

"A country like Cuba is well aware that after the United States imposes its military bases, it leaves only when it desires to do so...," Castro said.

Both Washington and Bogota insist that the agreement concerns "practical aid" in measures against drug trafficking and domestic insurgents, primarily the Revolutionary Armed Forces of Colombia (FARC), a leftist guerilla movement.

However, Venezuela continues to see the deal as a threat to its national security, while

Ecuador and Bolivia have earlier claimed that the planned U.S. military deployment was "suspiciously large for its stated purpose."