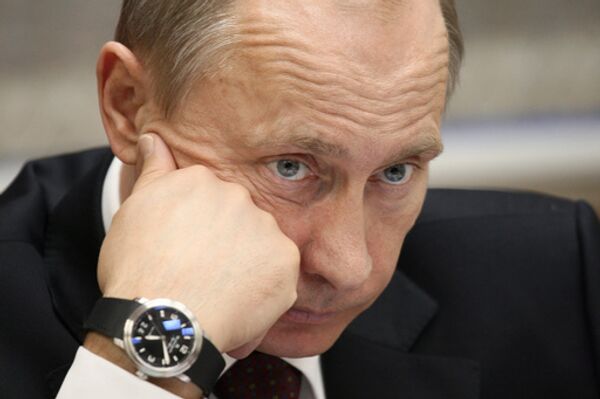 "Our Ukrainian partners are fulfilling their contractual obligations," Putin told journalists after talks with his Danish counterpart, Lars Rasmussen, in Moscow. "We hope these obligations will continue to be fulfilled."

"Let our European partners raise at least a billion," the Russian premier said.

However, he said this issue was not the focus of the talks with Ramussen.

On Sunday, Putin briefed his counterpart from Sweden, which holds the rotating EU chair, about possible problems with Ukrainian payment for Russian gas and its transit to European consumers.

Putin warned that payment problems could lead to difficulties for European consumers receiving Russian gas via Ukraine. A dispute between Moscow and Kiev at the start of the year over gas debts and 2009 deliveries left millions of Europeans without gas in January.

Fredrik Reinfeldt reassured Putin that he would bring Russia's concerns to the attention of the European Commission.

The Russian prime minister said last Friday that his Ukrainian counterpart, Yulia Tymoshenko, had told him by telephone that President Viktor Yushchenko was blocking payments for Russian gas supplies.