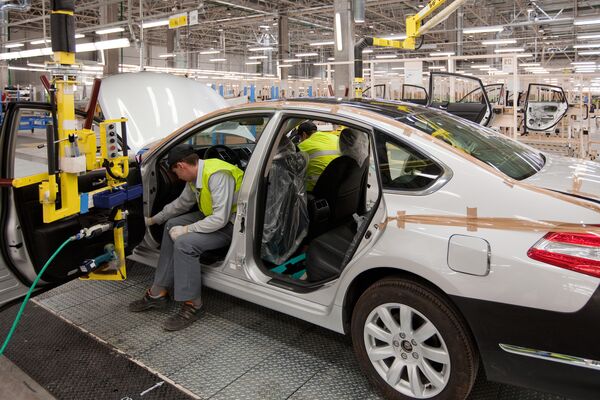 "Today we have started assembly of the Nissan X-Trail. This is one of the company's bestsellers and it will no doubt attract demand," said Tatyana Natarova, a spokeswoman for Nissan Motor Rus.

Natarova declined to specify the output plan or the price of X-Trail cars to be assembled in Russia, saying the company's plans would depend on economic indicators at the moment of decision-making.

Nissan's St. Petersburg facility, which was opened on June 2, 2009, had until now produced only Nissan Teana business-class cars.

Nissan announced plans to open an assembly line near Russia's second city in April 2006, and construction was formally started at a groundbreaking ceremony in July 2007.

The plant is expected to produce 50,000 cars a year once it reaches its designed capacity. Investment in the project has totaled $200 million.