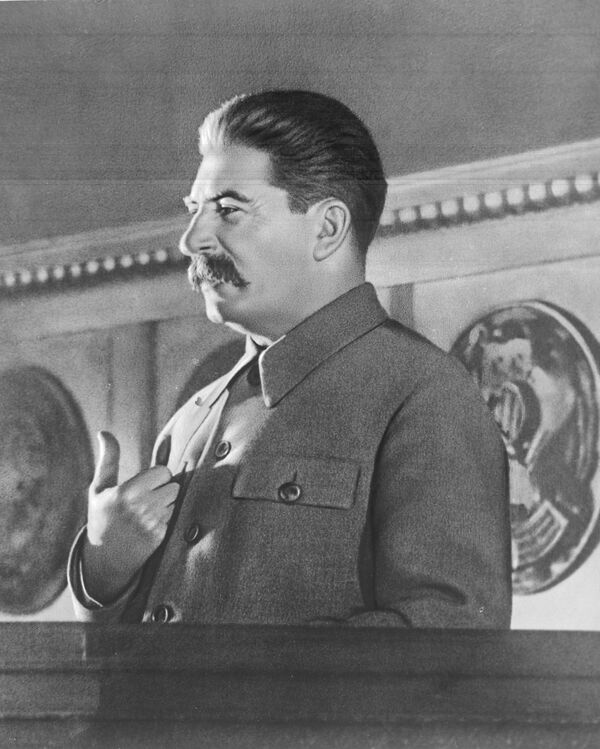 © RIA Novosti
/
Go to the mediabank
Subscribe
International
India
Africa
Russia commemorated on Friday tens of millions of victims to political repression in the 1930s-1950s orchestrated by Joseph Stalin.

MOSCOW/VLADIVOSTOK, October 30 (RIA Novosti) - Russia commemorated on Friday tens of millions of victims to political repression in the 1930s-1950s orchestrated by Joseph Stalin.

In Moscow, hundreds of people gathered during a cold spell and first snow on central Lubyanka Square, where the much feared KGB, now the FSB, is headquartered, to take part in a memorial service led by an Orthodox priest.

The service was held at a monument to victims of the Gulag, a simple stone from one of the most brutal prison camps on the Solovetsky Islands in the White Sea. In 1991, it replaced a monument to Felix Dzerzhinsky, the founder of the Soviet security service.

A ceremony also took place in the Far Eastern city of Vladivostok where a major "transit" prison was located, where prisoners were held temporarily before being sent on to other camps.

Millions of people were executed on fake charges of espionage, sabotage, anti-Soviet propaganda or died of starvation, disease or exposure in Gulag labor camps. According to official statistics, 52 million were convicted on political charges during Stalin's regime and 6 million were sent out of cities without any court verdict.

Russia's leading rights organization Memorial said there are some 800,000 repression survivors in the country.

President Dmitry Medvedev said on Friday the crimes of the past cannot be justified and expressed concern that the majority of the Russian youth was unaware of the scope of the purges.

"Millions of people died as a result of terror and false accusations...But we are still hearing that these enormous sacrifices could be justified by some ultimate interests of the state. I am convinced that neither the goals of the country's development, nor its other ambitions should be achieved through human suffering and losses," Medvedev said in his video blog.

Opposition and rights groups plan a rally in Moscow later on Friday in protest against what they call modern-day politically-motivated persecutions and to demand the release of political prisoners.